Recent reports about sightings of UFOs does not trouble Mr. French. (Nothing actually seems to worry him apart from fundamentalists.) The mystery, the wonder, the humility that come with an awareness that humans are not the only rational creatures in the universe is exciting for the Dispatch columnist:

belief in a creator God implies something else. There are exactly as many or as few advanced civilizations as God wills. He directs the creation of new life. In fact, it may well be that the existence of God makes it more likely that there are alien civilizations. After all, Christians already know there is “something else out there.” We believe that there are other sentient beings in creation, namely angels and demons.

Of course, Christians, for whom Mr. French has little confidence, can let fear get in the way and ruin what amounts to a C. S. Lewis moment:

Piper’s essay reminds Christians to approach even the most extraordinary and unexpected events fearlessly. I love his ending, “God reigns. You are his child. What could be more secure?”

Yet the mixture of awe and fear would likely be overpowering. Combine it with the likelihood that there would be bitter divisions on earth in our response to discovery of alien life, and the world would enter a period of turmoil that we’d find difficult to imagine. In that circumstance, the challenge to our faith might come less from the extraterrestrials and more from a familiar source–the sin and venality of our fellow humans.

But the cosmic nature of Christ’s being and ministry are up to the challenge of adding aliens to our knowledge of the galaxies:

Writing for Biologos about the possibility of alien life, Deborah Haarsma points to Paul’s words in Colossians 1: “He is the image of the invisible God, the firstborn of all creation.For by him all things were created, in heaven and on earth, visible and invisible, whether thrones or dominions or rulers or authorities—all things were created through him and for him.”

Haarsma says that “It feels like Paul is running out of words in his effort to describe the comprehensiveness of God’s creative authority.” Exactly so. If galaxies and angels and resurrection and heaven itself aren’t too much for a believer to imagine, certainly we can comprehend (and even welcome) the possibility that we are not alone in God’s glorious universe.

To mention Jesus though does present a problem, one that Mr. French too quickly glosses:

the discovery of alien races would render Christ’s interaction with (and sacrifice for) the human race all the more mind-boggling. The Son of God himself would enter creation and die for only one species of God’s children?

Mr. French does not seem to be troubled by the traditionally grand view of the work of Christ now being downsized to the seventh rock from the sun thanks to knowledge of intelligent creatures (are they created or evolved?). Why would Christ die for such a small and insignificant part of God’s creation? The humility that such a scientific discovery could engender among humans, could also require downsizing Christ’s accomplishments.

Why would God establish the work of salvation on an obscure little planet for an inferior race of creatures? Why would the very son of God, eternally begotten of the Father, take on human nature, the one inferior to the aliens who can navigate the universe, to save those he deemed his people? Why too would God allow human history for the last 3,500 years to develop as if the primary action of God’s designs was on planet earth with the descendants of Adam? Doesn’t it give Mr. French pause that God would allow Jews and Christians during four millennia to be so geocentric and so wrong? This gives new meaning to the folly of the cross.

Rather than raise deeper, darker, and thornier questions about God’s purposes in Christ, Mr. French is transparent about his openness and tolerance for new ideas. His disposition over and over is to avoid any position that puts him in a tribal camp whether Christian or American. Fundamentalists and QAnon readers may mock and reject the finding of the Pentagon or science, but you will not find Mr. French in that company of people.

Of course, neither Mr. French’s predictability nor the possible insignificance of salvation on planet earth makes a discovery of alien life untrue. At the same time, the challenges to historic Christianity from these findings are much greater than he conceives. 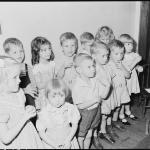