Can We Go Back to Work Yet?

This is a re-post from 2015 but the length of seasons greetings — from Thanksgiving to the Famous Idaho Potato Bowl — makes the idea of returning to regular activities downright appeal:

April is the cruelest month, at least according to T. S. Eliot. When he wrote that line in ‘The Wasteland,’ of course, he had not experienced the seasonal doldrums that mark the month of January now that we have merged Thanksgiving and Christmas into one month-long party. After almost five weeks of parties, preparing for them, recovering from them, and considering resolutions to counter the pounds those parties have added, January hits like a ton of bricks. Actually, a roller coaster ride is a more apt analogy, with January the trough between the Christmas season and March Madness.

This is the seasonal affective disorder that afflicts practically all Americans, whether they belong to churches that observe the liturgical calendar or not. Advent and Christmas have created a crater in the American experience that rivals, if not surpasses, the nation’s founding or its pastime of baseball. Talk about cultural transformation.

The liturgical calendar of the Roman Catholic Church hovers in the background of December’s excitements. Although conservative Presbyterians are duly squeamish about following Rome’s cycle of holidays, for the better part of a century Christmas and Easter have become fixtures in most American Protestant congregations. Some now even flirt with Advent. Most draw the line there and refuse to countenance Lent. Is it because Lent is too demanding in its call of self-denial?

Maybe, but December can be fairly relentless in its indulgence. The last month of the year gets a head start with Thanksgiving, arguably the greatest of U.S. holidays. It is a time when the duties are few—unless you are the cook—and when consumption is contained within one huge meal to be digested while snoozing through the National Football League’s unstinting search for mediocrity under the guise of tradition. (Why would anyone watch the Detroit Lions after Barry Sanders if they weren’t numbed by tryptophan?) Even for cooks who are feeling haggard by the time the NFL’s second game starts, they have usually cooked a bird big enough to cover meals until Sunday—when the turkey sandwiches run out and when Advent begins.

Even if conservative Protestants do not employ the candles and wreaths that mark the Advent season in liturgical churches, they generally experience the pull of preparations for Christmas thanks to the activities of church families—the cards, the gifts, and the congregational singing that turns to the part of the hymnal dedicated to Christ’s birth. Some churches will even sponsor programs of special music that draw upon the wealth of Advent and Christmas songs generated by those Protestants mindful of the liturgical calendar, namely, the Anglicans and Lutherans. To assist these activities, schools, both private and Christian, take off as much time at Christmas as accreditors and state agencies will allow. Non-profits do their part by imitating the schools’ schedule. Businesses may be open, but holiday parties and reduced work loads make employees look foolish who take vacation time in December. Working in December is like a holiday at the office.

By the time the wrapping paper has been recycled, the cookie tins emptied, and evergreens make their way to the curb, along comes New Year’s Eve, as if anyone over thirty had any party left in them. Some churches still hold the Watch Night service to offer a pious alternative to the over-rowdy parties. But, with youth activities and a service lasting until early into New Year’s Day, not many church members are adhering to the regular routines supplied by work and vocation. Others without Watch Night services usually find some form of wholesome revelry to keep abnormally late hours and so start the New Year with brunch—breakfast is just too early.

And then, as if the month of December were not enough, along comes New Year’s Day. In addition to offering a welcome chance for rest before returning to the normal pace of life from January until July 4th, the first day of the year provides another excuse for more parties, rich food, and inactivity. The college football Bowl games used to function for this holiday the way the second NFL game on Thanksgiving worked for the meal of fowl and pumpkin pie. New Year’s Day was a day of twelve hours of football that became the cushion between December’s indulgence and the year’s regular discipline. But now that the Bowl Championship Series officials have decided to parcel out over several days the games that all used to be played on one, the buffer of twelve hours has swelled into three nights of prime time television. By that time, the cushion of the New Year has also become a bit hard and is in need of fluffing.

This leaves the average American Christian on January 2 facing a low similar to that experienced by many evangelical youth after their time away at summer camp. Many a Protestant teenager has gone off to camp to be challenged to take his or her faith more seriously, has risen to the challenge with the assistance of the camp’s activities, speakers, and atmosphere, only to find that life back at home during the school year is not nearly as intense or emotional as summertime with paid camp counselors and new friends. (Originally published in 2010 as Life after Christmas) 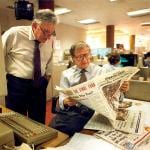 December 31, 2019
A Quick Guide to Evangelical Elites
Next Post 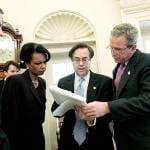 January 7, 2020 What Evangelical Elites Could Learn from the World of Real Elitism
Recent Comments
0 | Leave a Comment
Browse Our Archives
get the latest updates from
Putting the Protest in Protestant
and the Patheos
Evangelical
Channel
POPULAR AT PATHEOS Evangelical
1