Lots of people are panicking about the spread and threat of COVID-19. Among those fearful is Angelo Cataldi, a sports-talk radio host on Philadelphia’s 94WIP. One of the reasons Cataldi and his morning team are still on the air is that Pennsylvania’s governor, Tom Wolf, deemed radio stations an essential business. To it’s credit, the station regularly plays either public service announcements about washing hands (and more) or reports news about the pandemic.

One of the seeming misunderstandings about this virus is the mortality rate. The way Cataldi usually reacts to news that one of his co-works is symptomatic or that a sports celebrity being tested positive (like Rudy Gobert) is as if he had heard that someone heard the sentence of cancer. With governors and health authorities projecting millions of cases, and with largely high-end attention to every single death from the disease (in ways similar to nightly reports by Walter Cronkite about the Vietnam War), Cataldi may be spared of blame. All the news sounds horrible. That’s why the response of shutting down businesses seems proportionate.

The problem is that people are paying attention to a very small range of numbers. Italy is arguably the worst case of the COVID-19 outbreak and so far the nation has almost 70,000 cases with the astounding result of 6,800 deaths. [All of these dates are from March 24, 2020.] That is twice as many deaths as China (3,281), though reporting from the country in which the virus originated is largely unreliable. Compared to the United States (674), Italy has ten times the number of deaths and almost thirty-three percent more cases (the US has almost 50,000 cases). An important data point to keep in mind is the mortality rate. In the case of Italy, the rate is close to 10 percent, which is extraordinarily high. It is not as high as the mortality rates for Ebola (50%), MERS (33%), or polio (20%). But it is much higher than seasonal flu (0.1%). Even so, if you project Italy’s numbers onto the United States, with .0001 percent (7,000 cases out of 60,000,000 people) of Americans (320,000,000) getting the virus, that results in 320,000 total cases. A death rate of ten percent (roughly) projects to 32,000 deaths from COVID-19 in the United States. That’s a lot. But it’s also about the same number of people who die in auto accidents each year — roughly 31,500. Imagine if newspapers and sports talk show hosts gave daily updates on the number of auto accident fatalities. Some people would likely be afraid to drive.

All of these numbers, though, are remarkably low when it comes to professional sports. Angelo Cataldi was rightly offended yesterday morning that Josh Harris, the owner of the Philadelphia Seventy-Sixers, had decided to cut staff (not players’) salaries by twenty percent. The team later reversed its decision. The principal owner of the team, Harris, is reported to be worth $3.5 billion. Not a good look cutting five-figure salaries.

But Angelo did not bat an eye about Kamu Grugier-Hill as a free agent leaving the Philadelphia Eagles to sign a one-year deal with the Miami Dolphins for $3 million. Compared to other free agent signings, Cataldi was justified in saying $3 million is insignificant (though maybe not so much when people in the current crisis are losing jobs). Here is some of the liquidity still apparently left for the Eagles:

Hargrave: The biggest deal handed out by the Eagles so far was to defensive tackle Javon Hargrave, a three-year, $39 million deal. Over The Cap has the details of that contract.

The Hargrave deal costs the Eagles $3.4 million in cap space for 2020, bringing them down to around $40 million.

Rodney McLeod: The Eagles signed Rodney McLeod to a two-year, $12 million deal. The details on the cap hit are not yet known, but if you use the average of the contract, it will cost the Eagles $6 million in salary cap space, bringing them down to around $34 million.

Jalen Mills: Mills is back with the Eagles on a one-year deal that could be worth up to $5 million with incentives. His cap hit is going to be lower than the $5 million the deal could be worth, however, coming in at $4 million. The Mills’ signing brings the Eagles down to around $30 million in cap space.

$3 million compared to $39 million does seem small. And that is small compared to Tom Brady’s $50 million deal with the Tampa Bay Bucs.

But wouldn’t you think all those zeros in football player contracts might put 677 in perspective (number of deaths so far from COVID-19 in the US). Might you also be mindful of the astronomic salaries that professional athletes receive, compared to the ninety-nine percent, in an era when a socialist is one of the leading candidates for the Democratic Party’s nominee for POTUS? Of course, death is awful and human life is much more valuable than dollars. 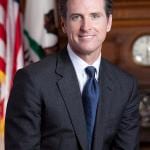 March 31, 2020 What a Time to be a Universalist
Recent Comments
0 | Leave a Comment
Browse Our Archives
Related posts from Putting the Protest in Protestant