What a Time to be a Universalist

David Bentley Hart, or D.B., has made the rounds with his new book on universalism. Here is the book description:

The great fourth‑century church father Basil of Caesarea once observed that, in his time, most Christians believed that hell was not everlasting, and that all would eventually attain salvation. But today, this view is no longer prevalent within Christian communities.

In this momentous book, David Bentley Hart makes the case that nearly two millennia of dogmatic tradition have misled readers on the crucial matter of universal salvation. On the basis of the earliest Christian writings, theological tradition, scripture, and logic, Hart argues that if God is the good creator of all, he is the savior of all, without fail. And if he is not the savior of all, the Kingdom is only a dream, and creation something considerably worse than a nightmare. But it is not so. There is no such thing as eternal damnation; all will be saved. With great rhetorical power, wit, and emotional range, Hart offers a new perspective on one of Christianity’s most important themes.

I do not pretend to have read the book, though I have read reviews. Nor do I pretend to be a historical theologian, so Hart (no relation) may read antiquity correctly. I do find curious though that his book does not seem to mention either all the bloodshed in the Old Testament which would seem to be expressions of divine judgment, though the pagan tribes slaughtered by the Israelites may only have experienced temporary punishment. I also find it curious that Hart seems to spend much energy (if the index is any indication) explaining Christ’s death on the cross or his “descent into hell,” as the Apostles’ Creed states it (two pages according to the index). Surely, I’ve also thought, doesn’t Hart think hell could be a place for the likes of Hitler. Maybe even Donald Trump? At some point, human notions of justice and punishment must correlate to the way God created the world and human nature. But as I read at the Amazon website, Hart thinks the punishment for even the likes of Hitler must be proportionate to the distance between an infinite God and a finite creature.

But that is not the point as much as the idea that Hart’s notion of universalism is a new or even a minority perspective. As Karen Kilby observed in her review of the book, Hart may not be as alone in his ideas about hell as he thinks he is:

Hart paints himself as a lonely, embattled hero and presents the current state of theology rather too pessimistically. He also deals with a fairly common position closer to his own—“hopeful universalism,” the belief that we are permitted to hope (but not to be certain) that hell is empty—with only a dismissive couple of pages. To give full force to his rather pugnacious rhetorical gifts, it suits Hart to present himself as surrounded by fools and sadists, but he has no shortage of potential theological allies—and not only in the fourth century.

That may be all the more true for people locked down all over the world during a pandemic. What could be more reassuring than to think that all the suffering and deaths that we learn about daily is not the end of the world but a transition to a new cosmos where everyone will enjoy some sort of friendship, fraternity, rapport with the maker of the universe?

Never did it seem like a better time for universalism to gain the apparently wide hearing that it seemingly has.

Postscript: I have heard, by the way, that Hart and his wife have tested positive for COVID-19. I wish the Harts well and a full and rapid recovery. This post has nothing to do with Hart’s own illness, only with the timing of a book on universalism and the mortality rates that pandemics produce. 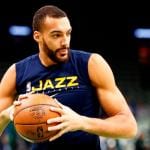 April 2, 2020 Rusty Reno Gets Backup From Tim Keller (sort of)
Recent Comments
0 | Leave a Comment
Browse Our Archives
get the latest updates from
Putting the Protest in Protestant
and the Patheos
Evangelical
Channel
POPULAR AT PATHEOS Evangelical
1

Answer to Question: What Must a...
Roger E. Olson
Related posts from Putting the Protest in Protestant