Family Research Council Shooting & the Ghettoization of the American Mind 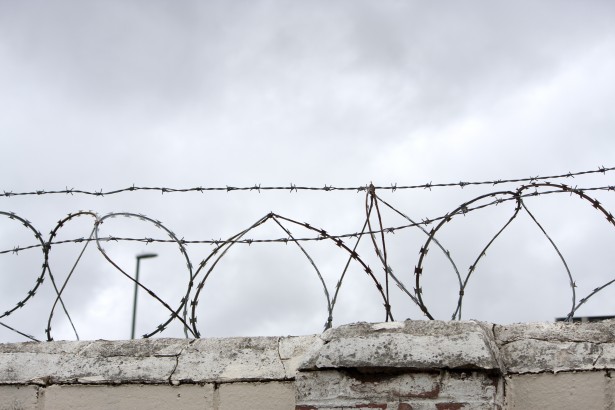 There are some people we just don’t want to understand. They are not worth the time or energy, and frankly we believe that they do not deserve our love or understanding.

We live in a society where the people who can express hatred with the most wit and semblance of class get congratulatory slaps on the back and more cocktail party invites.
Building walls and throwing a certain group of people within them gives us permission to let out our suppressed rage. It allows us to behave in normally unacceptable ways. We spout vitriol, bully, stereotype, and use violent language. But as long as we direct our rage at a group of people everyone else in the room (or cyber room) hates, well bully for us! No one holds us accountable.

Think you don’t fall prey to this behavior?

Take a look at this list and tell me you don’t have feelings of hatred for any of these groups of people:

It is human, of course, to create mind ghettos. We do it for survival. We do it because as humans we feel the need to limit how much we love. Humans ration love as if we were living in an underground bunker after a nuclear war and love is the last five cans of beans we have left. We don’t think we can afford to love the guy boarding the bus next to us, let alone the cast aways, the no goods, the misunderstood and the bad guys of the world. Who has enough love for those people?

What makes this natural human tendency in the United States even more problematic is the polarization of American politics. Many of us rarely speak to or interact with people who think very differently from us, and if we do, we rarely discuss our disagreements without practically spitting at each other. Many people are unwilling or unable to think with subtlety when it comes to their political views. Most people twist and contort their convictions to either fit within the bounds of the Democratic or Republican platform. This is what is comfortable to us. Otherwise, what would we have to be angry about? If our views were not subtle enough to fit into neat categories, it would be much harder to throw tantrums that others would join in on. Who would we skewer when we are among like-minded people? Who would be left to hate?

Many Americans are stuffing millions of people in the ghettos of our minds because they mindlessly give in to the false divisions that our political parties encourage in our country.

Many of you have probably heard of the shooting that occurred this past Wednesday at the Family Research Council’s headquarters in DC.

The suspect was heard ranting against the organization’s conservative views and carried Chick-fil-A sandwiches in his backpack before he shot the security guard who heroically prevented him from entering the building.

I am not very familiar with the Family Research Council and its work. I actually only recently heard of them through the publicity surrounding Chick-fil-A, before the shooting occurred. Like many of you, during the Chick-fil-A brouhaha, I read several articles with “evidence” that Chick-fil-A supports hate groups. When I looked at the list of the purported “hate groups” the company supports, I got chills. They were almost all Christian groups with the word “family” in the title.

The Family Research Council is a lobbying organization in DC, whose vision, according to their website “is a culture in which human life is valued, families flourish and religious liberty thrives.”

Sounds fairly innocuous right? Not so, according to the Southern Poverty Law Center, which deemed the organization a “hate group” in 2010. There was protest when the group received this label in 2010, but only now after a shooting has occurred does it seem that this label is under any scrutiny.

Many major media outlets have been referring to the “hate group” label every time they report the shooting. CNN, for one, dug up a 13 year old quote from an FRC pamphlet that said that the “primary goal of the homosexual rights movement is to abolish all age of consent laws.”  This quote is extremely off base and inaccurate, and people have every right to be incensed when they read this. But to label an organization as a hate group when the last quote you can dig up that qualifies as hateful is from 1999 is extremely questionable and dangerous reasoning in my opinion.

To give the label of “hate group” to an organizations opens it up to possible retributive actions. It is a label that belongs to the KKK and other groups that are ideologically based in hatred for another group of people. They receive this label because their hateful rhetoric incites violence.

Yes, that seems to be what is happening here.

But it is not just the extreme right or the fringe gay rights advocates who are inciting violence. It is all of us. Our ability to numb our minds to the violent rhetoric on both sides is shocking. Our mindless capacity to participate is even more bone chilling.

We have all fallen victim to the ghettoization of our minds.

Who are in these ghettos? People who are not acceptable to us because of their views or behavior. People we can spew venom at because they deserve it and because they really are that terrible. People we can box up and dismiss, because their point of view or actions are really that vile and unforgivable.

When tragedies like this happen, everyone wants to blame someone. The fingers start pointing right away. It is indeed possible that the “hate group” label contributed to this event. Maybe it was the inflamed rhetoric. Or maybe it was just one crazy guy who seriously needs some help. The thing is, when things like this happen, the only thing we can really do that helps anyone is to start looking inward. We have no control over others. But we can control our own contribution to violence in our society.

And we can begin by demolishing the ghettos in our minds. This does not mean that we all have to sing kumbaya around a campfire. We can still disagree. We can still hate certain behaviors and dislike certain points of view. We can still speak the truth, with the humble awareness that no one has a full understanding of the Truth. But we stop creating ghettos for our neighbors and fellow human beings. We can break down the walls, smash barriers. Get to know people we disagree with, even people whose behavior and views we hate. We can talk to each other respectfully, try to understand. And most importantly, we can simply acknowledge that we are all made in the image and likeness of God. No matter how much we try to mar ourselves in sin, we are all redeemable.

No one is beyond the love of God.

No one deserves to live in anyone’s mind ghetto. 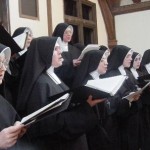 August 27, 2012 Evolution of the Pro-Choice Mind: Movement Toward Dialogue
Recent Comments
0 | Leave a Comment
Browse Our Archives
Follow Us!

Closing Houses of Worship During a...
A Little Bit of Nothing
Related posts from Pursued by Truth