St. Paul and Wild Olives Grafted onto the Olive Tree

“Paul describes the work of the gospel in terms of the divine ‘word,’ referring to the powerful divine activity both in bringing people to faith and in transforming their lives” (N.T. Wright).

Each year our Pauline community sings a novena to St. Paul from January 16th to the 25th, honoring his transformation in Christ and praying for our own ongoing conversion.

Saul, persecutor of the Christian Church began calling himself Paul, a servant of Christ Jesus, after his conversion. Born and raised in the city of Tarsus (Acts 21.39), a crossroads of the world, a great trade center on the Mediterranean, and a university town filled with young scholars and philosophers, Saul was a devout Jew (Phil. 3:5). He traveled to Jerusalem for his religious studies. As a Pharisee (Acts 23:6; 26:5; Phil. 3:5) his life’s dream was to “sit at the feet of Gamaliel” (Acts 22:3) the most distinguished and revered living rabbi in his time.

This started Paul on the road to conversion. He alludes to it in Gal. 1:15-16: “When he who had set me apart before I was born, and had called me through his grace….” At one point in his life, Saul resisted ongoing conversion. He became fundamentalist in his approach to followers of the Way of Jesus. He participated in the stoning of Stephen (Acts 7:59) and persecuted the Church: “entering into every house, and hauling men and women out, committing them to prison” (Acts 8:3). Even though Gamaliel taught him that God is the One who judges, Saul thought he alone heard the voice of God.

The Word of God is also alive and active for our continual conversion. One of the key terms Paul uses is the Greek word energeō, “to be at work.” The Word, he says, is “at work” in you. N. T. Wright tells us that Paul “speaks of the powerful divine word as a transforming energy which, though unleashed through his own announcement of the Gospel, is much greater than the sum of his own words or his rhetorical skill. ‘We know,’ he says, ‘that God has chosen you, because our gospel did not come to you in word only, but in power, and in the Holy Spirit, and in full conviction’ (1:4-5).” In 1 Th 2:13 Paul develops the theme further. We always thank God, he says, “that when you received the word which you heard from us you received it, not as the word of human beings, but as what it really is, the word of God which is at work in you believers.”

As testimony to this, we have written on the walls of all our Pauline chapels the words, “live in continual conversion,” sometimes translated “be sorry for sin.” Actually, the original Latin “Cors poenitens tenete” means “live with a penitent heart.” The exhortation to live in continual conversion is a core charismatic principle and belief of Pauline Christian living. This exhortation does not place emphasis on our efforts to avoid sin and live in conversion as it seems to do, but as a kind of covenant, or agreement between Jesus Christ and us. Our founder, Blessed Alberione received these words through revelation in a time of particular difficulty: “While examining all of his actions anew to see if there were impediments to the work of grace on his part, it seemed that the Divine Master wanted to assure the Institute, launched just a few years earlier…. In truth Jesus Master was saying: ‘Do not be afraid; I am with you; from here (pointing to the tabernacle with great emphasis) I want to enlighten. Live with a penitent heart’ (Abundantes divitiae gratiae suae: 151-152).”

So that the grace given us will not be without result, Alberione wrote, “[T]he secret of success is to model oneself on God by living in the Church and for the Church; of being wild olives grafted onto the olive tree, the Eucharistic Lord; of reflecting and nourishing oneself with every Word of the Gospel, in accord with the spirit of St. Paul” (Abundantes divitiae gratiae suae: 94-95). His prayer, “Jesus, live in our mind, will and heart, that we live in faith…unite us to you, incarnated sanctity, in whom is the divine life” (Until Christ Be Formed in You: 60) is one of trust that God’s Word and Eucharist, at work in us, transforms us into Christ (Gal. 2:20).

Following is a suggested, 30-minute method for entering prayerfully into Paul’s experience and allowing him to make it our own:

Lectio (Truth) Read 1 Corinthians 15:10, in which Paul presents us with a synopsis of his conversion and his correspondence to this grace. Pay careful attention to your inner response.

Meditatio (Way) Meditate on how St. Paul has captured the eternal struggle that we all go through in our call to conversion. “I do not do what I want, but I do the very thing that I hate.” “Who will deliver me from this body of death? Thanks be to God through Jesus Christ our Lord!” (Romans 7:15; 24-25). Blessed Alberione tells us of himself, “Here is a half-blind man, who is being led; and in moving along he is enlightened from time to time, so that he can proceed further: God is the light” (AD, 202).

Contemplatio (Life) Contemplate in the light of this passage. Christ’s redemptive death inaugurates the new creation: “By new creation, Paul means that God in Christ has created humanity anew, giving it newness of life” (Romans 6:4), a life in union with the risen Christ, “Christ lives in me” (Galatians 2:20), a life destined to share in the glory of God.  After encountering the risen Christ on the road to Damascus Paul uses the expression “to be,” or “to live in” Christ 164 times. Through baptism the resurrected, glorified Christ truly dwells within us (Galatians 2:20). Through the Holy Spirit, Christ brings about our ongoing conversion that we might live in him (Colossians 3:10).

Actio (Live) Act on God’s invitation. Paul admitted that he was still on the road to conversion: “I do not consider that I have made it my own, I strain forward to what lies ahead, pressing on toward the goal for the prize of the upward call of God in Christ Jesus” (Philippians 3:14).

Sr. Margaret Kerry, FSP celebrates 40 years of life and mission as a Daughter of St. Paul. With a Masters from Boston College School of Theology & Ministry, she gives presentations on the vocation and mission of the laity, media literacy, and evangelization. She directed the Association of Pauline Cooperators for 15 years and was creative editor of The Pauline Cooperator magazine.An author (St. Anthony of Padua: Fire & Light; Strength in Darkness: John of the Cross), Sr. Margaret is working on a young adult book.

This article originally appeared on the Association of Pauline Cooperators‘ blog. Pauline Cooperators is a public Catholic Association of the Laity born of the prophetic intuition of Blessed James Alberione in 1917. They live in communion with members of the Pauline Family employing prayer, gifts and talents in order to grow in sanctity and to evangelize in today’s communication culture. 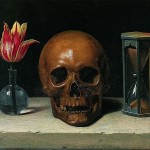 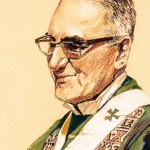 February 9, 2015 Oscar Romero and Hatred of the Faith
Recent Comments
0 | Leave a Comment
Browse Our Archives
get the latest from
Catholic
Sign up for our newsletter
POPULAR AT PATHEOS Catholic
1