Oscar Romero and Hatred of the Faith

Oscar Romero and Hatred of the Faith February 9, 2015 Guest Contributor

Patheos Explore the world's faith through different perspectives on religion and spirituality! Patheos has the views of the prevalent religions and spiritualities of the world.
Last week we celebrated the martyrdom story we hear most often during the liturgical year: that of John the Baptist. (Interestingly, it is paired with the near conclusion of the letter to the Hebrews, with its exhortation about the sanctity of marriage, the very cause for which John was put to death.)

We also celebrated  the feast of the martyrs of Nagasaki, 26 Christians crucified in 1597 who were only the first of many martyrs in Japan.

And of course there was also Agatha, the all-but-anonymous early Christian virgin martyr whose name simply means “good.” Before her, on the 3rd, we celebrated the feast of St. Blaise. That was also the day the Vatican officially bestowed the title “martyr” on Latin American bishop Oscar Romero.

Romero’s cause was held up for a l-o-n-g time as a kind of political hot potato. Could you say he was killed “in hatred for the faith” when his death (like so many others) was in the context of a civil war about which which he had become inconveniently outspoken? Not to mention that he was speaking out for “the people,” a term long co-opted by socialists and communists. It was Pope Benedict XVI who, just a month before announcing his resignation, removed the last roadblock to Romero’s cause.

It may well be (and here in the civilized North of the world we are seeing hints of it already) that we will be called to account for what we believe and teach; that speaking those truths in the public square will be declared criminal hate speech, with consequences of arrest. Death? Not so much. But all over the world, Christians are losing their jobs, flirting with jail time and even risking their lives for simply living uprightly. This is not just in ISIS-dominated parts of Iraq and Syria: One of those places is the very Catholic country of Mexico (remember the Cardinal who was shot to death for speaking out against drug trafficking?).

The recognition of Romero’s martyrdom is another acknowledgement that “hatred of the faith” is not limited to “hatred of Christian teachings.” Like Blessed Giuseppe Puglisi, martyred in 1993 (by the Mafia), Romero met his death because of the way he was living the faith. This not only opens the way for many more martyrs to be recognized, it makes the possibility of martyrdom a little bit more “real” for the rest of us. 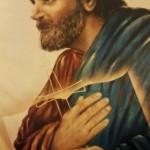 January 29, 2015
St. Paul and Wild Olives Grafted onto the Olive Tree
Next Post 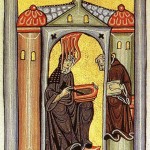 February 12, 2015 Five Reasons St. Hildegard is Fascinating
Recent Comments
0 | Leave a Comment
"Jeanne d’Arc, Albert Lynch (1851-1912) , does anyone know who is the person that posed ..."
artisamazing 10 Most Gorgeous Paintings of Joan ..."
"My heart breaks for the Christians (and other minorities) in hte middle east. They will ..."
Manny NEW Syrian Archbishop’s Letter: Will We ..."
"This movie was painful to watch for more reasons than I'll enumerate here. Others like ..."
KH Sr. Helena Burns Reviews: War Room
"Anything's possible."
Truth Seeker What Are the Gifts of the ..."
Browse Our Archives
get the latest from
Catholic
Sign up for our newsletter
POPULAR AT PATHEOS Catholic
1