Tolerance, Charity and the Muslim Call to Prayer

Perhaps it is a matter of language and custom but I don’t like hearing the Muslim call to prayer.

At least I didn’t like the ones I heard when I was in the Middle East. To me, the sound is obnoxious and nasal and anything but prayerful. That is why when I heard that Duke University was going to allow a weekly call to prayer I was not enthused. Particularly because I then imagined that with the growing Muslim population in the United States I would eventually have to endure it in other locales.

(Although I did listen to the weekly call to prayer that UCLA university already has on their campus and it is quite an improvement on the ones I had heard, much more peaceful and quiet…)

But, anyway when I heard the announcement that Duke was backing down from their plans to broadcast the call to prayer due to threats of violence, I began to feel much more conflicted.

First of all, the chapel that some argued should not be used in this way by a Muslim group is already open to use by all the religions on campus, as the web site of the university makes clear. So, I am not sure why using the tower of the chapel for a call to prayer once a week is particularly offensive.

I also feel conflicted because when our Constitution was being formed, religious tolerance was a matter that was up for debate and some of the arguments used then sound eerily familiar in today’s environment. In fact, many of the concerns about implementing religious freedom across the  board was that it would apply to Muslims (and Catholics!). And some even speculated at the time of our nation’s birth that if religious tolerance was accepted then, horrors of horrors, we may one day have a Catholic or a Muslim president.

But in the end, religious tolerance won the day.

And as a Catholic, I am glad that it did.

Now, our country is facing a time of increasing secularism and antipathy toward religion.

Religious freedom is under attack.

So, how do we as Christians respond to this danger?

Certainly not by fighting to limit the exercise of religion by the third largest religious group in the country.

In a recent unanimous Supreme Court decision that allowed a Muslim prisoner in Arkansas to grow a beard for religious reasons the Court said:

“Where government can accommodate religion, it ought to.”

And I think we should try to apply this principle in most situations, whether it applies to Catholics or Muslims, or, in fact, to any other religion. Because the simple truth is that if we demand religious freedom for ourselves, we must in fairness allow it for others. Choosing otherwise aligns Christians with aggressive secularists and indeed, as Elizabeth Scalia points out in her excellent post on the subject:

“[E]very place where prayer is silenced becomes a proto-silencing in the public square.”

Secondly, and more importantly, our faith calls us not just to tolerate differences and to allow for them, but to show true charity for people of different religions. In this spirit, I don’t think Catholics should suppress the prayer of Muslims or relegate their prayer to basements.

But, neither do I think we should stop trying to bring Muslims (or anyone else) to Christ…and that, I believe, is the charity to which we are called as Christians. 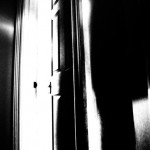 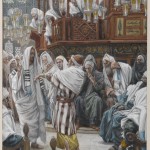 January 23, 2015 There's Something About Jesus...
Recent Comments
0 | Leave a Comment
Browse Our Archives
get the latest from
Catholic
Sign up for our newsletter
POPULAR AT PATHEOS Catholic
1

Another Word on the Tragedy of...
Steel Magnificat
Related posts from Pursued by Truth