“Tolerance” as a concept has been so thoroughly bastardized by agendists using the word as a silencing cudgel, that I think many have forgotten what it is actually about: “putting up with” each other, in peace.

Tolerance requires not that we “celebrate and support” each other, but merely that we make some room to let the gal or guy next to us — regardless of what they believe — live out their lives. Misuse of the word has sullied it and created such a disconnect between action and meaning that people would rather not hear about it, anymore, please and thank you.

That’s a shame, because “tolerance” will make the difference between an American democracy that flourishes or one that sinks into a muck of fractious dysfunction.

I’m thinking about “tolerance” because of the recent dust-up at Duke University, where Muslims students had first been told that they could broadcast their adhan, or call to prayer, every Friday from the bell tower of the chapel, and then — after enraged reactions from Christians (and unspecified threats against Muslim students and staff) — saw that permission withdrawn.

I’ve long thought that if feminists were truly convinced of the rightness of their philosophies, they would not feel a need to control how people dress, or what words should be prompted to come out of people’s mouths, and which should be smothered.

People who are secure in themselves and their convictions are not driven to destroy the livelihood of another, in order to enforce conformity.

Fear is always what demands silence of others. In our neighborhood the carillons of Catholic parishes have been effectively “silenced” — their calls to prayer literally cannot be heard beyond the church grounds — because a neighbor found the lovely bells of the Angelus to be an “arrogant” intrusion upon his own awareness. He doesn’t worship anything, and doesn’t want to know from people who do, doesn’t want his conscious certitude to be intruded upon by any reminders that others think differently.

The fear is a common one to secularists: that someone might try to convince them of something they don’t believe; that someone might try to force their beliefs on them; that they might be compelled to behave a certain way, if those bell-ringing Christians, chanting Muslims, shofar-blowing Jews, gong-banging Buddhists, celebrating Hindus — and all their stupid ideas — are not forced to pipe down in the name of the duel godlings of “tolerance” and “diversity.”

Such a profound misunderstanding of religion. No true believer would want to force a conversion on anyone: a true lover of God does not want to insult the Creator by compelling fake, insincere worship.

Duke University can’t be charged with intolerance toward its Muslim students — they’ve been using the basement of the schools chapel for their prayer gatherings — but I was really saddened to see so many prominent Christians, including the son of the Reverend Billy Graham mobilizing to bravely insure that the adhan would not be broadcasted once a week from the same bell tower whose carillon rings out with Christian hymns on Fridays and Sundays.

I don’t think the Christians were brave to seek suppression, and I can’t help but wonder what so frightens Christians about another religion putting out a call to prayer that they must actively prevent it? What are they afraid of?

Here is the adhan:

I must ask the Christians objecting to that prayer being broadcast: how does what you have done differ from the actions of the insecure man who made my parish turn down its Angelus calls to prayer, until they were effectively silenced? How can you feel good about this?

The vast majority of peaceable Muslims, who just want to raise their kids and live their lives, are not the Muslims who are grabbing all the headlines and inspiring marches in Paris. Thanks to the actions of extremists who invoke Islam as a directive for mass-slaughter, displacement, and genocide, peaceable Muslims are mostly not on anyone’s radars.

Those headlines and images, coupled with too much silence on the part of ordinary Muslims when round condemnation was appropriate, has created a genuine PR nightmare for Muslims in America. It has caused many Americans to misunderstand the adhan and to hear it not as a call to prayer but, rather, as a call-to-war, which is a point Kathy Schiffer makes, as she supports Duke’s decision while expressing some regret about it all:

Yes, it’s a prayer; but it’s the cry voiced by the attackers at Charlie Hebdo, by the men who flew planes into the World Trade Center on September 11…One can’t help but grieve that a prayer has become associated with such terrorist activity…

Meanwhile, Dilshad Ali, writing in the Muslim Channel, hears the most common objections, which have been used to justify Duke’s decision:

. . .one of the biggest criticisms is that no minaret would have Christian prayers or church bells tolling in any of the Islamic countries, so why should Duke do such a thing here – to which I answer, the United States is a democratic country. There is the freedom of choice, freedom of religion here. Freedom to come together, to celebrate our diversity to give space to all faiths. That’s the difference.

As we Catholics might say, rem acu tetigisti, she has touched the matter with a needle. It doesn’t really matter what goes on in non-democratic theocracies; what matters is that this is America, and in America — for a while, at least — we still possess a fundamental right to exercise our religions, freely, and in public. That’s not a freedom exclusive to Christians, nor should it be.

I get that Duke is a private university, but as secularists begin their push to drive believers from public discourse (replacing our freedom of religion with an insufficient and nefarious “freedom of worship”) every place where prayer is silenced becomes a proto-silencing in the public square.

The Christians who are happy because they have silenced a Muslim call to prayer have only injured their own cause for freedom. When the secularists start shoving us to the side-lines and echoing the doctoral candidate who says, “I think religion is good. But it has its place — inside the chapel”, then the Christians who argued to keep the Muslim prayer out-of-sight-and-mind will understand that they’ve contributed to the ascendance and credibility of that ignorant sentiment. If one religion should be out-of-sight and earshot, the argument will go, why shouldn’t they all?

Do you know what I, as a Christian, would do, were I lucky enough to hear a call to prayer, originating from anywhere, of a Friday afternoon? I would be grateful for the reminder and would put aside what I was doing in order to pray the Angelus; or open my breviary to mid-day prayer; or offer a decade of the Rosary or — at the very least — offer an ejaculation of praise:

And then, having praised the merciful God and asked his blessing, I’d go back to my work, and to minding my own business, in peace. Like the majority of Muslims who put their foreheads to the floor, and then rise and go fold the laundry and scrub out the sink.

Let us have more and more public calls to prayer, says I — nice and loud ones, morning, noon and night — not fewer and fewer. God deserves it, and there is no better way to convince fearful religion-haters that tolerating our pretty sounds doesn’t mean they have to change a thing about their own lives, unless they want to. 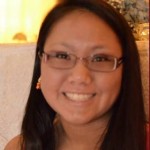 January 20, 2015 Monique Ocampo comes to Patheos Catholic
Browse Our Archives
get the latest from
Catholic
Sign up for our newsletter
POPULAR AT PATHEOS Catholic
1 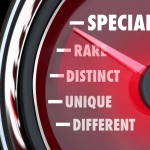