You Want Dignity? You Should Have It. So Should Everyone.

All day I had hoped to find time to respond to this piece by Frank Bruni in the New York Times wherein he argues that religious liberty must be regulated and sidelined, for the sake of human dignity, particularly his:

Christian fundamentalists in this country are practiced at claiming marginalization and oppression. “They’re always saying they’re kept out of the public square, and that’s baloney,” said Marci Hamilton, a constitutional law expert and the author of “God vs. the Gavel.” “They’re all over the public square.”

They and their churches inject themselves into political debates while enjoying tax-exempt status. . .And churches have been allowed to adopt broad, questionable interpretations of a “ministerial exception” to anti-discrimination laws that allow them to hire and fire clergy as they wish.

As someone who has argued that Jesus might very well bake a cake for a same-sex wedding, I understand Bruni’s sentiments, but he loses me — just as Obama lost the Supreme Court — when he suggests that churches ought not be afforded the freedom to define ministry for themselves and then hire and fire accordingly, on the basis of that definition. Well, certainly; a church should be forced to hire as pastor someone who does not agree with its tenets; why not?

Bruni argues that our society would not tolerate a Muslim refusing service to an unveiled woman, or a Mormon refusing to serve a coffee drinker, but does he mean it? How far is he willing to take that supposition? If an African-American launderer refused to wash the sheets of a klansman, what would society say? I’m pretty sure society would say, “The conscience of the African-American launderer matters, and he is entitled to it, especially when the klansman has other launderers to choose from.”

That has nothing to do with a church. It is a matter of a person’s conscience.

I could be wrong. Society might surprise me and say, “the launderer has no right to his conscience and must serve the klansman.” And then we will have the same cause to be concerned about rights and freedoms in 21st century America, had the question involved a church. Once we start hammering away at conscience and religious freedom, where does it stop? Does Bruni have no worries that down the road a Muslim hal-al butcher, his religious freedom become fragile under repeated assault, could theoretically find himself compelled to serve bacon, because the neighbors really, really want it, and his shop is the closest?

I’m only half serious about that last bit. But it’s a serious half.

I respect people of faith. I salute the extraordinary works of compassion and social justice that many of them and many of their churches do…

Does Bruni realize that these extraordinary works he so admires are born of a long-standing Christian conscience that demands a preferential option for the poor? Catholic men and women were the ones inventing social services and free hospitals and educational programs for women and for the masses before the government even thought about it. Those social services he supports, advocates and admires are a legacy of Catholicism, fully engaged with the world.

And I support the right of people to believe what they do and say what they wish — in their pews, homes and hearts.

And there they are, the brass knuckles hidden within the velvet glove of praise: Bruni supports not the free exercise of religion but a freedom of worship; keep it in the pews, in the home, in your heart, and he’s fine with you, but don’t bring your religious conscience into the public square, where he has to encounter it, because his tolerance does not extend too far.

That’s kind of like, “sure, we’ve got food, but if you’re going to say grace before you eat, you’re not welcome at our counter.”

This is a muddled, rather convenient sort of thinking; it says, “the churches were alright when they were marching and petitioning and innovating on behalf of things I agreed with; back then I’d have never disputed their freedom, or their right to be who and what they were, in the public square, but now I disagree, so…”

So, they must now be denied the very freedom (the very right) that Bruni correctly identifies as an important basis for human dignity.

I’m game. I’m very much a “live and let live” sort of girl, and I believe if people really want to get along, they will do the work to make it so:

. . . if we lose the ability to respect that people can only go as far as their consciences will allow, we risk becoming mired in a muck of illusion, imagining hate where none exists, equating compelled behavior with authentic love, and losing sight of the fact that traveling together sometimes means that we walk the extra mile on one challenging road, and they walk it on the next. Everyone spares a bit of shoe-leather for the sake of the other. This is how love travels.

In the long, unavoidable, and necessary back-and-forths between gay advocates and the churches, I have taken a line through Atticus Finch, and tried to walk around in Bruni’s shoes — or a reasonable facsimile in crocs — and I know many Christians who have, also. I’m wondering if he is at all willing to do the same, and gain some perspective from the other side. Because as Atticus understood, that is what builds real tolerance, and real peace. A broadened perspective is what truly helps to confer dignity upon our fellows, and maintain our own in the process. 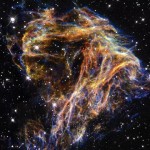 January 6, 2015
The Spirit Moves Through the 'Net in Mysterious Ways
Next Post 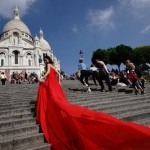 January 13, 2015 4 Vital Conversations the Church Must Have Without Passion or Prejudice
Browse Our Archives
Related posts from The Anchoress

My Advocacy Video to the USCCB/Catholic Church
For many years, in concurrent service with my private practice as an...
view all Catholic blogs