“Begin the Apocalypse” Once More!

Super Tuesday, I mean. We’re done. And in my facebook threads what I basically am observing is the vomiting of the masses, because no one — except the hackiest of hacks — seems happy with what we’re facing, in terms of potential presidents.

Last night I wondered aloud whether the Obama administration might do the unthinkable and actually permit its Justice Department to indict Hillary Clinton, so Joe Biden could stroll in and make it easy for wide sluice of people. Every Democrat I personally know wishes it could happen; they’d vote for Biden in a heartbeat. But a lot of Republicans I know say it too, because they hate Trump that much, and also cannot take to Cruz. My BFF, a lifelong Republican, said if the choice were Hillary, Trump, Cruz or Biden, Biden would be her choice. Her reasoning: yes, he’s pro-choice, and he can be goofy, but when faced with a corrupt, power-mad woman, a bombastic showman as sincere as the wind, a self-promoting theocrat, a professional politician who is respected by foreign governments and who knows how to work with the Congress seems like the only sane choice.

We’re living in interesting times. Today someone reminded me of something I wrote shortly after Obama’s reelection, when I took a good long look at the terrain and decided to pivot my attention away from politics, which is illusory and passing, and toward faith, which is paradoxically solid and real. Re-reading my first paragraph cracked me up, because so little has really changed.

Faced with a challenger whose most daring political strategy was to cultivate vagueness in his relentless pursuit of all things beige, and an incumbent gleefully willing to launch a daily barrage of splattering, oozing color bombs heedless of what or whom they hit — or whether their tints were environmentally toxic or even true — the voters chose “sound and fury” over “nothing.”

Experiencing unprecedented economic, spiritual, and constitutional challenges, Americans re-elected both a president of questionable competence and many of the same artless, priorities-challenged politicians who have already proved themselves unequal to the task of creative, co-operative leadership. They thereby declared their comfort with troubling “new normals” in an age of transition.

For many, and for me, the election signaled the crossing of a Rubicon of sorts: twin-towering notions of Exceptionalism and Indispensability toppled for less conspicuous walk-ups of Isolationism and Nanny Statism; the running out of a clock, all illusions lain aside.

Yeah, that’s when I pivoted.

A fear that one’s country is losing its greatness may cause one to put too much hope in men or movements that ultimately become so alienating to others that constructive compromises are impossible and the very thing one has dreaded becomes unstoppable. 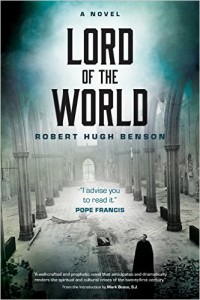 I have utterly stopped worrying. There is a reason why Pope Benedict XVI and Pope Francis have both recommended that people read Robert Hugh Benson’s Lord of the World, and I heartily suggest you read it, too. Though written in 1907, you’ll be surprised at how timely and familiar it all seems.

If nothing else, reading it, and contemplating how Benson saw with such clarity where we would be one hundred years hence, and how inevitable it would all be — because of the broken nature of man, and humanity’s incurable habit of placing strange gods before the One God Who Is — may give some peace of mind, and perhaps inspire a pivot of the heart, away from the mad fakery all around us, and toward what is true and eternal. 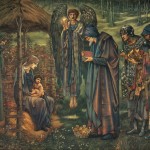 March 7, 2016 Thank you, Norman Lear; Thank you, Justice Ginsberg; Thank you, Professors West and George
Browse Our Archives
Related posts from The Anchoress

Detachment in the Spiritual Life
“If they be faithful and seek no satisfaction in creatures, they pass...
view all Catholic blogs
Copyright 2008-2021, Patheos. All rights reserved.