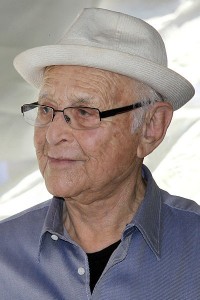 I was struck by this brief but heartfelt farewell to Nancy Reagan by legendary television producer Norman Lear, founder of the progressive group, People for the American Way, and a recent voice for the restoration of civics lessons, something retired Supreme Court Justice Sandra Day O’ Connor has championed for years.

Lear writes that upon receiving the news of Mrs. Reagan’s death, he was grieved, because he had lost a friend. A second friend mocked him for the feeling; mocked him for having heart enough to consider Mrs. Reagan a friend, at all:

I hung up as quickly as I could and cried, not just for Nancy who was terribly frail the last times I’d seen her, but as much for the place we’d reached in our culture when, for the most part, all civility and understanding seems to have been wrung out of our common humanity when we differ politically.

What sort of infection of the blood and synapses must it take for someone to encounter grief in another, and mock it, on the basis of a mere political inclination?

I suggest it is a miserable, sinful, ugly and diminishing thing for our whole world — and a bad state for the state — when friendship between ideological opposites is consider rare, strange and sneer-worthy.

I suggest we are are experiencing a troubling – deeply troubling — disconnect with our humanity when we cannot respect a man’s grief, but must reduce his feelings (and the passing of his friend) to a snort of political derision.

I suggest that people who have disagreed with each other politically can still be affectionate, even loving friends — friends who can, as Princeton Professors (and fast friends) Cornell West and Robert George did recently, work together toward an important end, and that such friendships should be championed, and not chastised.

If the passing of Antonin Scalia​ and Nancy Reagan, so sincerely mourned by their political opposites, and if the deep and noteworthy friendship between the conservative George and the progressive West, cannot shake us out of our terrible disdain for “the other” — the unthinking, crass, reactionary disdain for those whose great crime is to hold opinions and ideas that are distinct form our own — then we are done for as a nation and as a civilization, too.

That’s all I have to say. That, and a sincere “thank you” to people like Normal Lear, and attorney Cass Sunstein and Justice Ruth Bader Ginsberg, and Professors George and West, for daring the withering criticism of mewling mediocrities (and tribalists unable to think beyond “us good; them bad”) to show us what it means to be mature and reasonable human beings — passionate, yes; of different minds, always — yet men-and-women-in-full.

A world populated by perennial 14 year-olds is badly in need of these examples, and there are so pitifully few of them.