Usually, we feature Father Robert Barron’s cogent and instructive thoughts over at The Font, but this new piece of his relates so well to what I wrote on the death of Objective Truth a few days ago, that I am slipping it in here, as a kind of companion piece or — more correctly — an enlargement and improvement on the first. Thanks, Father Barron!

Last week, I wrote a piece on Bruce Jenner’s transformation into Caitlyn Jenner. I argued that the manner in which Jenner spoke of his transition reflected a Gnostic anthropology, which is repugnant to a Biblical view of the human being.

I didn’t say a word about Jenner personally; I urged no violence against him/her; I didn’t question his/her motives. I simply made an observation that the moral and spiritual context for transgenderism is, from a classically Christian standpoint, problematic.

Not surprisingly, the article garnered a fair amount of attention and inspired a lot of commentary, both positive and negative.

Among the negative remarks were a number that criticized me for fomenting “hatred” against Jenner and against the transgender community. Though I’ve come to expect this sort of reaction, I find it discouraging and the fruit of some pretty fundamental confusions.

My great mentor Robert Sokolowski long ago taught me — in one of those lapidary remarks that strikes you immediately as right and important — that philosophy is the art of making distinctions. He meant that what brings together Plato, Aristotle, Augustine, Aquinas, Kant, Hegel, and Wittgenstein is a gift for clarifying how this differs from that, how one aspect of an idea profiles itself against another, how seemingly similar concepts are in fact distinct. In executing these moves, the great philosophers made muddy water clear.

What strikes me so often as I listen to the public conversation regarding moral issues is the incapacity of so many to make the right distinctions.

Some of the muddiest water surrounds the concepts of love/hate and tolerance/intolerance. In the spirit of Sokolowski, I would like to make what I hope are some clarifying differentiations.

For the mainstream of the Catholic intellectual tradition, love is not primarily an emotion, but an act of the will. To love, Thomas Aquinas says, is to want the good of the other. Consequently, hatred is not primarily a feeling, but desiring evil for another, positively wanting what is bad for someone else.

God is nothing but love, and Jesus said that we are to be perfect, as our heavenly father is perfect. This is precisely why he told us to love even our enemies, to bless even those who curse us, to pray even for those who maltreat us.

Does it mean that we are to will the good of those who, we are convinced, are walking a dangerous moral path? Yes. Period.

But here is where a crucial distinction has to be made: to criticize someone for engaging in immoral activity is not to “hate” that person. In point of fact, it is an act of love, for it is tantamount to willing good for him or her. Once the sense that there is objective good and evil has been attenuated, as it largely has been in our society, the only categories we have left are psychological ones. And this is why, in the minds of many, to question the moral legitimacy of transgenderism is, perforce, to “attack” or “hate” transgendered people.

A very real danger that flows from the failure to make the right distinction in this regard is that moral argument evanesces. If someone who disagrees with you on an ethical matter is simply a “hater,” then you don’t have to listen to his argument or engage it critically. You are permitted, in fact, to censor him, to shut him down.

Sadly, this is what obtains in much of the public arena today: the impugning of motives, the questioning of character, and the imposition of censorship. Just a few weeks ago, two Princeton faculty members, Cornel West and Robert George, had a public debate regarding same-sex marriage, West arguing for and George against. What was so refreshing was that both men, who are good friends, actually argued, that is to say, marshalled evidence, drew reasoned conclusions from premises, answered objections, etc., and neither one accused the other of “hating” advocates of the rival position. May their tribe increase.

Distinctions are called for, furthermore, regarding the word “tolerance,” which is bandied about constantly today. Typically, it has come to mean acceptance and even celebration. Thus, if one is anything shy of ecstatic about gay marriage or transgenderism, one is insufficiently “tolerant.”

In point of fact, the term implies the willingness to countenance a view or activity that one does not agree with. Hence, in the context of our wise political system, each citizen is required to tolerate a range of opinions that he finds puzzling, erroneous, repugnant or even bizarre.

There are lots of good reasons for this toleration, the most important of which are respect for the integrity of the individual and the avoidance of unnecessary civil strife, but it by no means implies that one is obliged to accept or celebrate those perspectives. Thus, one should certainly tolerate the right of a person to become transgendered without feeling, at the same time, obliged to exult in that person’s choice.

The ethical conversation has become, in the last fifty years, extraordinarily roiled. It would serve all of us to adopt an intellectual instinct of Thomas Aquinas. When he was confronted with a thorny question, he would typically begin his response with the comment “distinguo” (I distinguish). 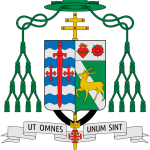 June 16, 2015 In Praise of a Brood-less God
Recent Comments
1 Comment | Leave a Comment
Browse Our Archives
get the latest from
Catholic
Sign up for our newsletter
POPULAR AT PATHEOS Catholic
1

"Gospel of Thomas" Isn't an Authentic Gospel
Dr. David Nicholls, a vehemently anti-theistic atheist, wrote in his deconversion story...
view all Catholic blogs
What Are Your Thoughts?leave a comment

One response to “Fr. Barron on Love, Tolerance and Real Distinctions”