My wife and I — with our three children — run a Catholic Worker hospitality house in Broken Arrow, Oklahoma. We take in homeless women and children on a temporary basis. The basic idea is to find people in a tight spot, give them some breathing space, and help them find their next step.

It’s not a large operation; to call it an operation at all would be a stretch. Over the last two years, we’ve taken in about a half dozen people. With four guests at the moment, we’re at capacity. Tonight nine people will sleep in my 990 square foot house.

Seven of them are women. We have one bathroom.

(This is the part where I joke that I don’t remember what the inside of the bathroom looks like, but I’m not really joking.)

This adventure has brought into focus for my wife and me—and increasingly for our older children—the truth of the doctrines sin, grace, and redemption. Here are a few ways how:

One thing is certain: sin is ugly.

When you’re poor and have to rely on someone else’s charity, just about the only weapon you have is the ability to manipulate. If a person we serve can use charm or a sad story to get more than we were initially prepared to give, he or she often will.

I once had to have a serious talk with a guest about some household issues. I tried to be straightforward about the concerns we had, and at first she seemed receptive. Then she launched into her whole life story, starting with being introduced to drugs and prostitution at the age of 16.

I am reasonably sure that the story she told me was true. But I think she brought it up at that moment — whether consciously or unconsciously — to get me to back off on the expectations I was trying to set.

It’s easy to judge a person who manipulates like this. It’s ugly to see people behave so ungratefully. It’s also boring: it’s something we see in a lot of the people we serve, to the point where it’s almost expected.

(“It’s three in the morning and the baby’s crying. If I lie here long enough, maybe she’ll change the diaper.”)

Trying to find the best advantage in a situation — even if it means using others — is a thoroughly human trait.

In her book House of Hospitality, co-founder of the Catholic Worker movement Dorothy Day wrote:

I first read that when I was very angry at this particular guest, and it stopped me in my tracks. How can I rant and rave about this person’s sins against me when I commit the same sins? My sins are less extreme — perhaps because I didn’t grow up in a situation where I had to learn how to manipulate just to survive — but the difference is degree, not kind.

One of Dorothy Day’s goals in establishing the Catholic Worker movement was to reject the class consciousness of Soviet communism (workers vs. exploiters) and of American capitalism (taxpayers vs. moochers). She strongly believed that we are all in the same category. Probably the biggest lesson I’ve learned in the movement is what that category is: sinners.

My 14-year-old daughter is the most forgiving person I know.

We recently had to tell some guests — a mother and her three kids — that it was time for them to find a new place to live. They had improved their financial situation and were now able to rent their own apartment. Moreover we suspected one of them had stolen some small but important things, and it was becoming a difficult living situation.

A few days after we had that conversation, my daughter discovered that someone had taken some scissors and cut up all of her CDs. The poor girl was heartbroken.

Worse, the mother seemed completely unconcerned, as if this violation were a non-issue. When we confronted her with everything that had been going on, she all but blamed my daughter for everything. Her child — who admitted cutting the CDs — never apologized.

I saw only red. I wanted to tell them that they had to be out immediately. I didn’t want to have anything to do with them. My wife only calmed me down by reminding me that they were going to be gone in a week anyway.

The next morning, we were getting ready for work and school. The mother and the CD-cutter were sitting in the living room as we were about to walk about the door. I mustered enough Oklahoma politeness to mutter “bye” without looking at them, but my daughter did something different. She went to these people — the same ones who had destroyed her property, stolen our things, and then blamed her for it — and kissed both of them on the forehead.

We Catholics (and especially Catholic Workers) talk a good game about radical living and countercultural witness. But without grace, it’s only talk. Without grace, we’re just hippies in cassocks. Only grace can look at a sinner and say, “I see the real you beneath that.”

When justice says that we have no obligation to continue to deal with someone who doesn’t deserve it, only grace can say, “I will love you anyway.”

We must deal with each other that way because that’s how God deals with us.

It’s possible my daughter might have learned that lesson without living in a hospitality house. But I know that for her, this project has been a school of holiness.

Christianity is the religion for radicals.

Peter Maurin, who co-founded the Catholic Worker movement with Dorothy Day, wanted to call it Catholic Radicalism. The word radical, he said, derives from the Latin radix, which means root. He said that a Catholic radical doesn’t go beyond the pale of what’s acceptable — like a leftist radical might have in Maurin’s day — but rather returns to the roots of the tradition. He wrote:

The Catholic Worker believes in the gentle personalism of traditional Catholicism.

The Catholic Worker believes in the personal obligation of looking after the needs of our brother.

The Catholic Worker believes in the daily practice of the works of mercy.

In other words, Catholic Workers are called to the same work that all Christians are called to. And so my family in our house of hospitality doesn’t have any special insight into the spiritual life. We are simply living in a way that makes it easier for us to see the basic message at the root of our tradition: Sin, Grace, Redemption.

Christ accomplished our redemption in his death and resurrection, and we witness that redemption at Mass. Our job is to take the redeemed life Christ has given us and live it in such a way that we can offer it back to him at the next Mass.

In my view, we cannot make that offering well unless we’re confronted on a daily basis with both the reality of sin and the triumph of grace. The Catholic Worker movement does that for my family, but what’s important is to find a lifestyle that does that for you. Doing so will enable you to see Christ in every person you meet — even the ones who are hard to love.

And what could be more radical than that?

Charles D. Beard and his wife Brielle are members of the St. Zita Catholic Worker Community of Green Country in Oklahoma. 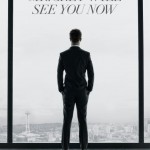 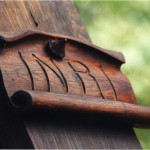 February 26, 2015 Stations of the Cross for Persecuted Christians by Maronite Bishop of Syria
Recent Comments
0 | Leave a Comment
Browse Our Archives
Related posts from Pursued by Truth