Too Pretty to Be a Nun: Terrifying Doubts Beneath Christian Life

“You are wasting your life”

I heard this a lot when I first decided to leave my job to become a nun.

I worked in the IT department of an up-and-coming company and I had just received a promotion and a huge raise.

I was pretty, I was young, I was gifted. My future was bright.

Two of my coworkers took me aside and told me that they did not want me to “throw away my life.”

My looks were mentioned, my intelligence, my youth.

No doubt many of you read the article in Huffington Post recently by Angela Svec entitled “Too Pretty to Be a Nun?” In the article, Angela relates the reactions that she has received to her plans to discern religious life, including comments that she is too pretty or too smart to become a nun.

I relate to her experience, as I am sure most discerning young men and women can. Not all of us have looks that can be compared to Angelina Jolie, but we do live in a culture that elevates youth to one of the highest ideals. To dedicate one’s youth, looks, smarts, strength, and gifts to something other than ourselves is profoundly counter-cultural.

And one does not have to become a nun to do it.

All one really has to do is become a Christian.

It was easy for me to put that on others before I entered the convent. After I entered I realized that I had those same doubts gurgling beneath the surface just as much as those who expressed their disbelief that someone like me would choose to become a nun.

The question in my subconscious was always, “What if I commit to this and it turns out that I can’t really cut it. Will the grace be there for me to persevere?”

And then beneath that question was, “What if I do this and God is not really there? Then I will be throwing my life away.”

The thing is – anyone who understands at least the concept of God understands that if God exists, then it is not a waste to dedicate one’s life to the Creator. To espouse oneself to the Creator of the Universe is pretty much the best deal out there.

If that Creator exists.

And if one dedicates one’s life to God, the incarnation of Jesus Christ tells us that the grace for that life will be given to us.

If Jesus is really God.

It is only when one doubts the existence of God and the Incarnation itself that one begins to speak of throwing one’s life away and of waste.

This is why so many of us settle for mediocre lives. The real Christian life requires risk. It requires waste. It requires an almost suicidal, foolish and perilous love for God.

Jesus was speaking to all Christians when he said:

The real Christian life is like standing at the edge of a precipice and jumping off, knowing – in faith – that at the bottom are the arms of God, not the cold, hard ground.

But the thing is, we will never be 100% sure that God will meet us at the bottom, until it actually happens.

That is why faith is a risk, an adventure, a gamble.

But God is worth it. 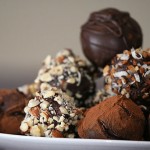 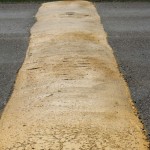 March 19, 2015 Have You Hit the Lenten Speed Bump?
Recent Comments
30 Comments | Leave a Comment
Browse Our Archives
Related posts from Pursued by Truth