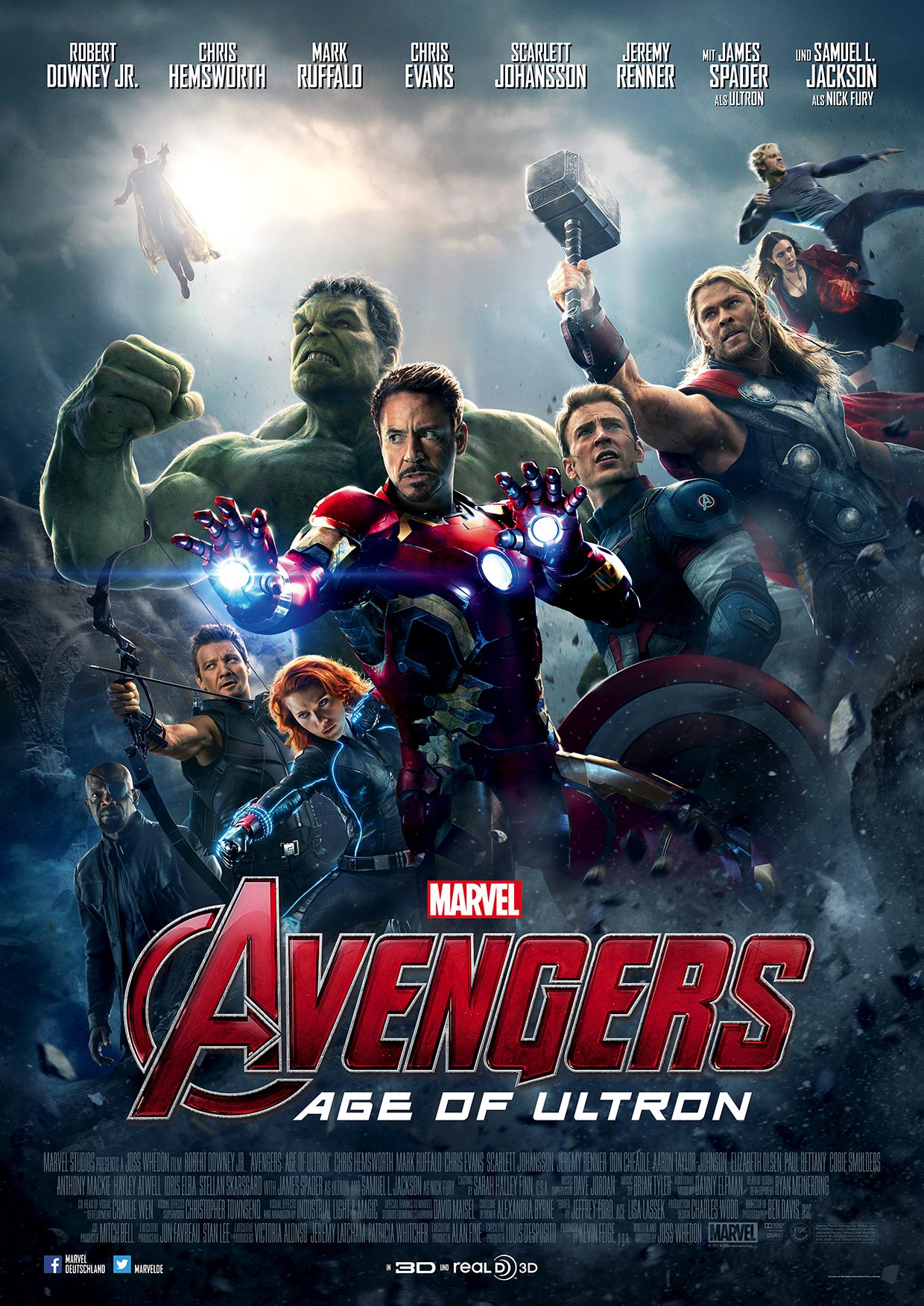 Avengers: Age of Ultron throws the viewer into the action right from the get-go alongside Iron Man, Captain America, Black Widow, Hawkeye, the Hulk, and Thor as they liberate Loki’s staff from a Hydra base.

If you don’t have any previous knowledge of the movies in the Marvel universe, you may experience some befuddlement but it won’t keep you from getting swept up in the story, written and directed by Joss Whedon.

Avengers: Age of Ultron doesn’t deal with alien invasions but with a closer-to-home dilemma: technology gone wild. Tony Stark/Iron Man (Robert Downey, Jr.), together with Bruce Banner/Hulk (Mark Ruffalo), work on creating an artificial intelligence that will be a peacekeeping force, Ultron (voiced by James Spader). But it all goes wrong when Ultron’s “intelligence” says that the best way for the planet to be at peace is to eradicate the Avengers and wipe out humanity.

Amid the action, we are treated to a wonderful dose of humor as the team banters back and forth. Who knew Thor (Chris Hemsworth) was so funny? At a party he goads the others into trying to lift his hammer. My favorite was Iron Man begging the wall to have a secret door. When he finds it he squeaks out a very small “Yeah” and continues on.

At times, Age of Ultron suffers from having too many main characters to have sufficient character development during the course of the film, but if you’ve seen any of the 10 previous Marvel films, you know these guys (and girls) already. Two new people are thrown into the mix, Quicksilver and Scarlet Witch, the twins Pietro and Wanda Maximoff (Aaron Taylor-Johnson and Elizabeth Olsen). They hate the Avengers and are more than happy to help Ultron wipe out the team.

From the perspective of Christianity, I found it interesting that Whedon chose to use church as Ultron’s preferred metaphor. When the villain uses an Eastern European town as the base from which to destroy the world, he sets up shop in the church at the middle of town saying, “Upon this rock I will build my church.” The religious language in the mouth of the bad guy is rather disconcerting. Then, the “savior,” an embodiment of J.A.R.V.I.S. (Stark’s own AI), names himself, “I am.” What, exactly, this guy is supposed to be is unclear to me but he’s definitely not my idea of God.

Despite the unfortunate use of religious language, Avengers: Age of Ultron carries strong messages in the area of teamwork and family life. The whole reason things go wrong is that Stark and Banner didn’t trust the team, deciding to work outside the team and its collective wisdom. Only when each member of the team does their part, do really good things happen.

Hosea Rupprecht, FSP, is a member of the Daughters of St. Paul, a religious community dedicated to evangelization with media. She holds a Masters of Theological Studies from the University of St. Michael’s College and an MA in Media Literacy from Webster University. Sr. Hosea is a speaker for the Pauline Center for Media Studies based in New York, author of How to Watch Movies With Kids: A Values-Based Strategy, and co-host of the Catholic TV movie review show, Searchlight. For the past 15 years, she has facilitated various film dialogues for both children and adults, as well as given presentations on integrating culture, faith and media.
This post originally appeared on Sr. Hosea’s blog Catholic Media Musings. If you would like to read more pieces on media and faith, check it out and subscribe!
Previous Post 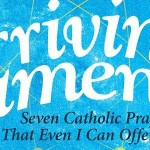 May 9, 2015
Review: Arriving at Amen by Leah Libresco
Next Post 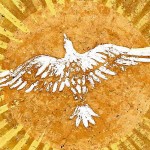 May 13, 2015 The Answer to All Our Bad Behaviors
Recent Comments
2 Comments | Leave a Comment
"Jeanne d’Arc, Albert Lynch (1851-1912) , does anyone know who is the person that posed ..."
artisamazing 10 Most Gorgeous Paintings of Joan ..."
"My heart breaks for the Christians (and other minorities) in hte middle east. They will ..."
Manny NEW Syrian Archbishop’s Letter: Will We ..."
"This movie was painful to watch for more reasons than I'll enumerate here. Others like ..."
KH Sr. Helena Burns Reviews: War Room
"Anything's possible."
Truth Seeker What Are the Gifts of the ..."
Browse Our Archives
Related posts from Pursued by Truth