This is a letter from Maronite Archbishop Samir Nassar in Syria, translated by Sr. Margaret Charles Kerry, FSP.

The Archbishop is pleading for help for his people who are suffering.

Will anyone hear him?

Please keep the people of Syria and Iraq in your prayers.

If you are able to make a donation, please do. Information at the bottom of the letter. – Sr. Theresa Aletheia

THE ROAD TO CALVARY:

It seems that the Syrian crisis is the cruelest human drama since the Second World War.

Here are the dramatic figures:

All of these figures are provisional because the war continues and always seems hopeless.

Fear, violence, and intolerance accelerate an exodus via underground, even if it means dying, in search of any retreat from this hell.

In front of dead ends and anxiety it was necessary to offer another way. The Church of Damascus has decided to take action by offering two constructive proposals:

1) On the humanitarian level:

Establish seven welfare committees to cover all areas of the city and the close suburbs. These teams will take a census of needs and discreetly ensure distribution to avoid lines at the social service office and to respect the anonymity of the poor. This is a great initiative of solidarity for poor refugees who will watch over poorer refugees. Two teams will ensure tutoring and the care of the chronically ill and elderly.

2) On the ecclesial level:

Thanks to heroic priests in two neighborhoods, we launched the construction of a basement and an apartment for places of worship. The cathedral is far from faithful so we had to relocate near the faithful.

When churches are destroyed Christians are dispelled. These Christians, while in danger, organized to build two small chapels.  Each person gives what he or she can for this work. Some pray a rosary for this intention.

A feeling of joy and hope pervades their hearts and minds. One of the chapels will be dedicated to the Martyrs of Damascus. It is true that these projects will not advance without financial support from outside, but the fact of the faithful gather around these initiatives in these painful days, is itself generative of Christian Hope and Spiritual Resurgence.

Please share this letter, talk about it at the dinner table and at work and help raise awareness for the people in Syria. We cannot tire of bad news, as Christians we are called to carry the burden of others who are suffering and to help in any way possible. Please help. 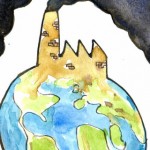 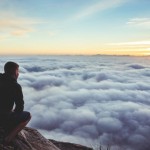 June 18, 2015 Because It's True: Why I REMAIN Catholic
Recent Comments
0 | Leave a Comment
"Jeanne d’Arc, Albert Lynch (1851-1912) , does anyone know who is the person that posed ..."
artisamazing 10 Most Gorgeous Paintings of Joan ..."
"My heart breaks for the Christians (and other minorities) in hte middle east. They will ..."
Manny NEW Syrian Archbishop’s Letter: Will We ..."
"This movie was painful to watch for more reasons than I'll enumerate here. Others like ..."
KH Sr. Helena Burns Reviews: War Room
"Anything's possible."
Truth Seeker What Are the Gifts of the ..."
Browse Our Archives
get the latest from
Catholic
Sign up for our newsletter
POPULAR AT PATHEOS Catholic
1