I recently returned from a trip to Iowa where I met so many wonderful people, but two people in particular have stuck in my mind.

While I was sharing my story during a talk to a parish youth group, I noticed one teenager slumped in his chair. His posture screamed, “Not interested” but his eyes were alert. He listened intently, but was also obviously skeptical.

During the question-and-answer session, he raised his hand.

He said, “What advice would you give to an atheist?”

I am usually straightforward, so I asked him, “Why? Are you an atheist?”

He looked surprised but quickly regrouped and said, “Yeah I think so. I’m not sure yet.”

This is probably by far the most important question I have ever received during a talk.

I immediately prayed that God would help me respond sensitively to this young man. I gave him an answer in front of the other young people but later caught up to him and had a longer conversation.

On my way back from Iowa, I sat next to another young man who confided to me that he also is an atheist. We had an amazing discussion about objective truth and morality and we ended the trip by exchanging information.

I am not sure how often this kind of thing happens to other people, but considering the fairly low (but rising) percentage of the population that is atheist, I think I run into atheists more often than average!

Since I am a former atheist,  I can definitely relate to atheists who get frustrated with the treatment they receive from Christians. As this portion of the population seems to grow, especially among males and young people, it will be important that Christians find ways to relate that are respectful, honest, and inviting.

With that in mind, I share with you some phrases that Christians should avoid when relating to atheists:

1. “You Were Never a Real Christian”: On a recent post, an atheist commented, “I suspect you were never an atheist.” I get this a lot. And some atheists think I am a less convincing former atheist because I was raised a Christian. This is an insulting way to approach other people’s journeys.

An atheist who came to my defense in the combox articulated it well:

I’m an atheist. You’re doing the no-true-scotsman thing. I mean, worse than that, you are doing the exact thing that some Christians do when talking to ex-Christians. “You were never a true Christian. If you had truly believed in Jesus, you could have never given him up.”

I heard this assumption a lot from people when I was an atheist and the truth is that I had a very strong faith growing up. My faith faded before my choice to become an atheist, but it certainly was not true to assume that I was never a Christian in the first place. I think it makes sense to take what people say about their interior journeys at face value. They usually know themselves better than we do.

2. “Atheists Are Always…”: I often get questions from people asking me to give advice on what to say to someone who is an atheist. Despite the fact that I have written a book that would help in this area, I can never give the really specific advice that I can tell people crave. Why? Because atheists are unique individuals with different backgrounds, ideas and feelings, (despite what some Christian movies and literature suggest). We can study apologetics until we are cross-eyed, but unless we respect that basic fact, we will not have an effect on the people we talk to.

3. “All Atheists Hate God”:  Actually, atheists don’t believe in God. So I would say the majority would accurately describe their feelings toward God as nonexistent. It is possible for an atheist to reach his or her conclusions solely on intellectual reasoning, rather than emotional reactions. Of course, some people do have various personal issues simmering underneath their atheism, but it rarely makes sense to assume we know what those are, unless we know someone really well. And even then, pointing out what we think we see can be ineffective and come across as meddling and patronizing. We should be fairly confident that it will be helpful before we bring up possible personal issues beneath someone else’s beliefs. I rely on the Holy Spirit’s help in this area. He knows people much better than we do, even those closest to us and he’ll help us bring something up if it needs to be broached.

4. “You Can’t Be Good Without God”: Actually God created reason and he respects us enough to give us the ability to reason and the strength to discipline our way to virtuous behavior. Of course morality depends on God, but this does not mean that atheists cannot be moral. I think this should be obvious, but it seems from the stereotypes out there, it is not obvious to everyone.

I will add that I believe there are many atheists who are, in fact, more virtuous than many Christians. With pure reason and discipline unaided by sacramental grace, some atheists manage to live lives that are more virtuous than some of the Christians around them. This is possible because, as Aristotle and the Catechism tell us, virtue is cultivated through habit. If Christians do not open themselves to their baptismal grace and try to cultivate virtuous habits in their life, it is completely possible in my opinion for some atheists to be more virtuous than the Christians around them. This, of course, is a reality that leads people away from the Church, when they see a lack of virtue on the part of believers. It also challenges Christians to truly live their radical baptismal call.

5. “You Are Going To Hell”: Believe it or not, a Christian once said this to me when I was an atheist. I could only shake my head and think, “So this is the best you can come up with?” There are several issues with this statement, (and ones like it). First of all, if a person does not believe in God, they do not believe in hell. Too often as Christians we barrage others with statements that do not take into account the worldview of the person we are talking to. Our faith is based on reason, and it is possible to speak to another person about the faith from a completely reason-based point of view. It is also possible to share our faith with another person without attacking their perspective.

I have recently been accused of being more “nice” than truthful. Perhaps you will read these recommendations as an attempt to “play nice” rather than attacking head-on what we may see as problems in society.

However, people are not problems. They are complicated, sensitive, unique and precious human beings. In order to remain in relationship with the people we love and even have a chance to share our own worldview with them, we first have to show respect, which includes respecting a person’s dignity and intelligence and attempting to discover the elements of truth in their worldview. I find that this is rarely impossible. 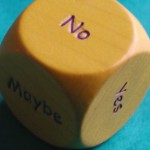 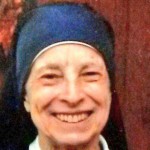