If #LoveWins, What Has Lost?

Many of you with kids know how difficult it is to constantly teach them and to form them. The same lessons, over and over, and you’re busy or you’re tired. The kid is reaching into the cookie jar and you could say something, but you think: will it really matter? (it’s their sixth cookie after all).

Priests are fathers and we’re tempted with the weariness too. I felt it last week when our culture was conversing about the Supreme Court decision (and with varying degrees of civility). Would another word from me really matter—especially since this conversation has been deteriorating for the past half-century? And could I give a word with charity?

That was a big question for me. I was tempted to just simply react. But, if there is something I’ve learned in my years as a priest, it’s this: we can’t beat the devil by using the devil’s weapons.

Power is made perfect in weakness….
[Therefore] I will rather boast most gladly of my weaknesses,
in order that the power of Christ may dwell with me.
Therefore, I am content with weaknesses, insults,
hardships, persecutions, and constraints,
for the sake of Christ;
for when I am weak, then I am strong.

Content with weaknesses and insults and hardships? I was hardly content! And that’s because I was not thinking as God thinks. God does not work as we work. The weakness of God is stronger than human strength, His foolishness is wiser than human wisdom (1 Cor 1:25). Exhibit A: the Cross.

I knew that I would need time to reflect, pray, think, get some exercise, seek wisdom and counsel—and only then open my mouth.

And so, having done that, this is what I would say to all who would hear:

My children, God made you male and female and has called you very good. Gender is good and it is important. There is a diversity of gifts there and a complementarity, the depths of which need to be prayed about and reflected upon—and not glossed over as an embarrassment of historical inequalities—for one gender without the other leaves them both deficient. As our heavenly Father says, “It is not good for man to be alone.” Indeed, man’s masculinity needs the complimentary of woman’s femininity; and the woman’s femininity equally needs the man’s masculinity.

God’s plan for the man and woman receives a deepened meaning when He invites the two to become one through the gift of Holy Marriage. The gift of Holy Marriage is His gift to you and not just simply our ratification of our earthly love. It is His gift, a share in His innermost secret: that is, that God is a communion of persons united in His very nature and therefore called Family. Holy Marriage, as instituted by God in His plan of love, was meant to lead men and women to a divine participation in His innermost family life—which would include not only children, but also the angels and saints.

Marriage, therefore, was not meant to be an end to itself, but a means to that end. As a result, in heaven, there is no more giving nor receiving in marriage because marriage has served its purpose: to bring us into communion with God. Oftentimes, we have that upside-down—I’ve fallen in love before and I know that it is so easy to make another person our be-all, end-all. But marriage isn’t the be-all, end-all as our society presents it to us. Marriage is the means to the end. Jesus Himself calls to us as the Bridegroom of our hearts.

The problem arises when we seek to put our own designs of marriage separate from the intellect and heart of God. At that time, love is wounded, injustice ensues, and eternal life with God is put in jeopardy.

For example, some say that “what others do is their own business.” Love, however, says something different. Love says that we are our brother’s keeper. We are a community of love and so we are one body. And where one member suffers, the whole body suffers. In much the same way, if we do an act that is unjust, the culture feels it. Without love, we would over-look the suffering of members of the community. Thus, to the extent that people say this is a private matter, there is not love.

Case in point: in the debate concerning the Supreme Court decision, there have been several groups of people who have been overlooked. Two come to mind: women and children.

In the case of the union of two men, injustice is done to their children. How so? Children have a right to a mother and to the genius of her femininity. A house of boys needs to know the dignity of the woman.

Many have responded to such line of thinking by saying that divorce is also unjust to children. And we agree. The Catholic Church vehemently opposes divorce and has been doing everything in her power to renew and restore those families that are struggling. This is why the Church also speaks out against adultery, pornography, lust, prostitution, domestic violence, emotional abuse, alcoholism, fraud, drugs and every kind of sin that undermines the high dignity of marriage.

That being said, I do not condemn anyone who supports homosexual unions. Truth be told: holy marriage became suspect many years ago. Not only because of divorce and adultery and porn and whatnot, but also because marriage was separated from having children. Let’s be very, very honest: in practice today, there is little difference between homosexual relationships and heterosexuality. Yes, there are obvious differences. But, really, in today’s culture, both embrace cohabitation without the sacrament of Marriage; very few pray (only 1 in 5 Catholic families pray together); recreational sex is for its own selfish gain and very rarely is it open to kids; and the commitment to the relationship exists up until the point when such commitment becomes too painful to continue. So, I do not fault people who support homosexual behavior—heterosexual people have already been living like that for years.

As a father, I know that these words may convict some of you. Our Father is merciful and he wants you to come home. Come to confession if you are or have been doing these things. Let’s be renewed by Jesus’ love!

There was a time when I could have intense debates with people with whom I disagreed and the dialogue was marked by a respectful decorum. At the end of those conversations, all would return home as friends and probably more learned. But in our culture, such decorum has come to an end. And it came to an end by the hashtag: “Love wins.”

This implies that something lost. And what lost? Hate.

Now, I want hate to lose too. But what has been labeled as hate is that which I have said to you today. This post, because I have supported marriage so defined, is now seen as equivalent to the hatred and ignorance that fuels racism and which once motivated slavery.

And when we say “love wins” it also implies that the game, the dialogue, is over. After all, we only declare winners and losers when the game is over.

In effect, we have been told to be quiet. That this is experienced at the national level is troubling to me, because democracy requires the free expression of ideas—even those with which we disagree. To silence such dialogue not only affects our country, but our friendships and our families.

I will admit: the Catholic Church may come off sounding like that when we tell the Courts that we aren’t going to follow them. We are vindicated in our speech by our Father who is Love.

My deeper concern is about my children who do not listen to their priestly fathers. Or to their mother, the Church. Or to God the Father.

And if God isn’t their dad, then who is? There is only one other father: the father of lies.

I will admit: as a priest and father, I am hurt by the brokenness of the world. I am hurt by it because I do love. I love my children who are here and who are away. I go in search for those who are lost. And if the world should call this hate, then I long not be a part of this world.

Yes, these are difficult times. But I am reminded that the Cross is a Cross—not a couch. Catholics are no longer going to be able to be both Catholic and comfortable. Many of us will be faced with difficult decisions—if we haven’t been already. Some of these will involve business, to which our Lord says,

It profits a man nothing if he gains the whole world but loses his soul.

Some of the difficult decisions will involve friends and even family. We love them, but they are not the be-all, end-all. Christ first. Hear Him when He asks:

Do you love me more than these?

And then, to those who have found these words too difficult to bear: He says

And you, will you leave me as well?

To which I respond:

Lord, to whom shall we go? You have the words of eternal life.

Let us pray for each other in our weaknesses, that God may strengthen us by His Love! 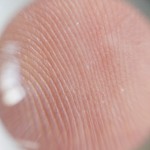 July 7, 2015
6 Simple Ways To Recognize God's Fingerprints in Our Life
Next Post 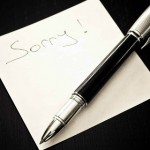 July 11, 2015 Sorry Folks...(and My Upcoming Iowa Trip!)
Recent Comments
0 | Leave a Comment
"Jeanne d’Arc, Albert Lynch (1851-1912) , does anyone know who is the person that posed ..."
artisamazing 10 Most Gorgeous Paintings of Joan ..."
"My heart breaks for the Christians (and other minorities) in hte middle east. They will ..."
Manny NEW Syrian Archbishop’s Letter: Will We ..."
"This movie was painful to watch for more reasons than I'll enumerate here. Others like ..."
KH Sr. Helena Burns Reviews: War Room
"Anything's possible."
Truth Seeker What Are the Gifts of the ..."
Browse Our Archives
Follow Us!