NEWS FLASH: The Synod on the Family Is Not Over

Today all the Catholic news and opinion outlets are giving their summary presentations on the Synod, as if it were all over and done.

Headlines claiming completely opposite results are flashing by my Twitter feed. Some prominent opinionators are acting as if the Synod document (technically the Synod “report”) established new and clear directives for pastoral action, instead of being a summary report delivered to the Pope–who has already said there would be another year’s worth of work to be done, based on the bishops’ carefully voted-on text.

In other words, the Church’s “new” pastoral approach to the needs (and mission) of the family is still a work in progress. If anything, we can all try to read the text (once we get an English translation!) to keep up with the journey the Church is making, in order to hear the call to the conversion our own hearts may need to make.

Certainly, Pope Francis has not been shy about sounding a call to conversion. Indeed, he has been positively un-Francis like in singling out “the closed hearts which frequently hide even behind the Church’s teachings or good intentions, in order to sit in the chair of Moses and judge, sometimes with superiority and superficiality, difficult cases and wounded families.” (OUCH! “Is it I, Lord?”)

What is Francis doing? Is he excoriating those who, with great clarity (and at great cost) uphold the teachings and millennia-old practice of the Church, a practice for which heroic martyrs like St John Fisher gave their lives? That hardly seems likely.

What he may be doing is challenging everyone: the bleeding hearts of mercy who would dismiss the Gospel as harsh and unfeeling, and the pillars of orthodoxy who fail at times (yes, they do) to consider that objective truth does not always describe a subjective human situation. (Ignorance, I have heard, is the “eighth” sacrament; there are probably many more. God is not bound by the structures he entrusted to the Church.)

I can’t really comment any further, since I am still making my way (slowly) through the Italian report until we get the English in hand. HOWEVER I would like to suggest, in response to posts that speak of communion for the divorced-and-remarried “with permission from the pastor” that this smacks more than a little of a renewed clericalism that presumes that the priest can “dispense” with application of the moral truth. It is also, sadly, not hard to imagine people “shopping” (as they did in the case of artificial contraception until that was simply taken for granted) for a “pastoral” priest to get that permission. Nobody grows spiritually from that.

Reference to the “internal forum” (reportedly in the text) presumes a rightly formed conscience (that is, one not “conformed to the spirit of this age” as Paul wrote in Romans 12:2), a conscience that does not function in isolation from the pastoral ministry of the Church especially through spiritual direction and the sacrament of Penance.

We must wait for the final (and actual) document of the Church next year to know more specifically what the Church’s concrete guidance will be. 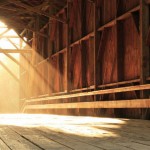 October 26, 2015
We Need to Be Bridges for Those Coming Back to the Church
Next Post 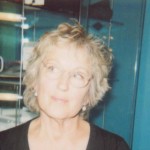 I love it when Catholics Nerd...
Catholic and Enjoying It!
Related posts from Pursued by Truth