Pope Francis, the Synod and the Witness of Joy

By now, most Catholics have heard the story. I heard it myself from a priest who had worked with Bergoglio through the years, and then met him as Pope during that first year of this pontificate full of surprises.

And the Pope explained that after the votes were read, and he said his yes, he left the Cardinals and went to a small chapel to pray. “I felt something come upon me, and it hasn’t left yet.”

We are witnessing the unexpected, uncontainable power of the Holy Spirit.

Francis is happy without being young or rich or physically attractive. He’s happy with the happiness of the beatitudes, and that’s a sign of the Holy Spirit. It was Paul who told us that the fruits of the Spirit were “first of all, love, joy, peace, patience.” Paul pointed to these as evidence that the Gospel he preached was true. It was so manifest, it supported all his other assertions. Best of all, when people witness these signs of God’s presence, they can’t help but think, “I want that!”

As attractive as Pope Francis with that authentic joy, people can tell he is not under any kind of pressure or constraint. There is no goad, no negative provocation, no force. He is clearly not acting from a dry, grinding sense of obligation. Joy and freedom go together.

I see Francis as Peter in the mode of—you won’t be surprised—Paul. He is a free man.
Free from political correctness; free from cultural norms that have nothing to do with the Gospel; free from the pressure of people’s expectations. He is not beholden to anyone.

He is free from anxiety, free from fear, free to transcend—and this was a big part of his message here in the United States—free to transcend every form of polarization. He’s not afraid of listening to people who disagree with him even on fundamental things. “Division of hearts doesn’t overcome any difficulty.”

His freedom is united to a unique kind of patience: Francis is willing to let things play out, without skipping steps to get to the goal, without trying to “force solutions” (as they say in the 12-step programs), because his freedom is not based on optimism, but on God.

He doesn’t have to conform to anything but the Gospel, and neither do we. The Holy Father’s freedom is a witness to his profound security, and to the trustworthiness of God, of the Gospel, of the Church.

It is this same freedom-in-patience that the Pope is exercising (and calling for) in the messy process of the current Synod. Pope Francis is confident that the Holy Spirit is guiding the Church, and that there is nothing, absolutely nothing, to fear.

It can be a temptation to take a headline about the Synod far too seriously and run with it, whether into euphoria or into dread. How can you foster the presence of the Holy Spirit in your own soul so that you will be a sign of God’s faithfulness for the people around you the way Pope Francis is for many people around the world? 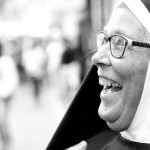 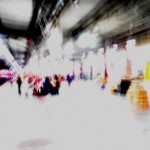 October 23, 2015 FUN Friday: Video of Flash Mob with Franciscan Friars
Recent Comments
0 | Leave a Comment
"Jeanne d’Arc, Albert Lynch (1851-1912) , does anyone know who is the person that posed ..."
artisamazing 10 Most Gorgeous Paintings of Joan ..."
"My heart breaks for the Christians (and other minorities) in hte middle east. They will ..."
Manny NEW Syrian Archbishop’s Letter: Will We ..."
"This movie was painful to watch for more reasons than I'll enumerate here. Others like ..."
KH Sr. Helena Burns Reviews: War Room
"Anything's possible."
Truth Seeker What Are the Gifts of the ..."
Browse Our Archives
Follow Us!