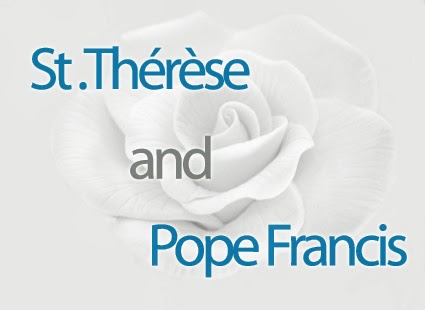 In case you were wondering if it is possible for Pope Francis to be any cooler… It is a little known fact that he is greatly inspired by the example of St. Thérèse of Lisieux.

Of course, why am I surprised? Pope Francis has a humble simplicity about him just like the little St. Theresita who promoted a simple way to holiness.

Pope Francis has talked about St. Thérèse in his homilies since becoming pope and a couple years ago he revealed that he believes Saint Thérèse sent him a surprise white rose on September 8th, the day after the vigil for peace in Syria as a sign that she was interceding for the concerns he had entrusted to her.

So what can you do today on the feast of this inspiring saint to learn more about her and her powerful intercession?

1. Listen to this beautiful video where Pope Francis, while he was still a cardinal, describes the spirituality of St. Thérèse.

2. Begin a novena to St. Thérèse to ask her to intercede for your intentions (for those averse to novenas, it is just like asking a friend to pray for you – it just happens that this friend is in heaven, and she is a special friend of Jesus!).

3. Read this gorgeous book about the spirituality of St. Thérèse written by a French priest who clearly understood, absorbed, lived and loved her “Little Way” (this book is published by my religious congregation – so support nuns by reading about a very holy nun – it’s a win-win situation)

_ _ _
Happy feast day to all the Theresas, Thereses and Teresas out there!
(And to the many more people who love and learn how to better follow Jesus from this inspiring saint!)
Previous Post 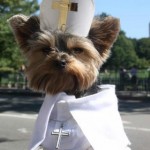 September 29, 2015
10 Most Inspiring, Funny and Wild Tweets From Pope Francis' US Trip
Next Post 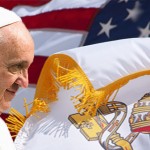 October 2, 2015 If Your Political Leaning Causes You to Sin, Cut It Off!
Recent Comments
0 | Leave a Comment
"Jeanne d’Arc, Albert Lynch (1851-1912) , does anyone know who is the person that posed ..."
artisamazing 10 Most Gorgeous Paintings of Joan ..."
"My heart breaks for the Christians (and other minorities) in hte middle east. They will ..."
Manny NEW Syrian Archbishop’s Letter: Will We ..."
"This movie was painful to watch for more reasons than I'll enumerate here. Others like ..."
KH Sr. Helena Burns Reviews: War Room
"Anything's possible."
Truth Seeker What Are the Gifts of the ..."
Browse Our Archives
Related posts from Pursued by Truth