Yeah, It Really Is About Race

America is a racist nation.

Mike Brown’s death is barely mentioned in the news cycle these days.  I’m not sure who, outside of activist circles, has paid attention to the too-little-too-late “apologies” of Ferguson’s chief of police to his family–nor to the tone-deaf gesture he made, of marching with the very protesters calling for his resignation, while refusing to resign.

I do know that the events in Ferguson have lit a fire under me that seems to have completely destroyed my complacent sense that racism is an evil that lies comfortably in the past.  I do know that, almost two months after a man was shot with his hands in the air in surrender, I can’t rest.

My restlessness is made worse when I am in worship.

Week after week, day after day, in meeting and in my own times of meditation, I find myself suddenly overwhelmed by my unease.  My mind comes back and comes back, not just to Mike Brown’s death in Ferguson, but to the many comments I’ve been hearing since he was shot down and left in the street that “we don’t know all the facts,” and that we shouldn’t “make this about race.”

My heart hurts, because I know that I am part of an unfaithful people.  My heart hurts, because I have no standing from which to preach to anyone; I don’t know how to fix the collective blindness that allows us to live in a world where a black man is gunned down by police, or by security guards or vigilantes every 28 hours in my country, and we can still say “we don’t have all the facts.”

What facts are we waiting for that could possibly reframe this story as anything but horrifying,  as a clear cross-section of the institutionalized racism and systemic inequity that surrounds us every day, everywhere?

This story isn’t about Ferguson, Missouri alone.  It’s about every city and every town in the United States.  It’s about the way white Americans have never really cared to see the forest for the trees, have always preferred to hunt for some specific detail that will allow us to turn away, to deny, to pretend we don’t know.

I’ve been staggered, all fall, holding the knowledge that racism is so much more alive and virulent than I ever wanted to believe… and that good people, kind people who happen to be white are so much more willing to deny the evidence of our eyes.

This is what I am holding these days when I worship.  When I sit down and try to center myself in prayer,  a great restless exercise rises in my heart, in my soul.  I know that we are not right with our gods.  I know that Spirit is ready and waiting to show us better ways to live, better ways to be.

And I know, I feel it pumping through me with my blood, that we are turning away from that call every minute, and that we’ve been turning away from it for a long, long time now.  Spirit is ready.  I can feel it tugging at us, like a tide: We could live faithful to a call for justice starting today.

But we don’t.  Somehow, we don’t.  We don’t know how to hear this call, or we refuse to hear it.  Spirit is ready to teach us justice.  And we make Her wait.

My words are weak.  I know the only way I can carry this message is to live it, to “let my life speak,” as the Quakers like to say.  In the months since Mike Brown’s death, I’ve been searching inwardly and outwardly for some way to do that.

What I want, of course, is some powerful gesture, some magical, transformative act that will cause all of us (but especially all of us who are white) to stop turning away from our collective racism.  I want us to see and to challenge institutionalized racism, the whole vast edifice of privilege that has us up in arms if a middle class white man or a white woman is denied justice… but collectively shrugs and looks away if the person who is victimized (by police, or schools, or employers, or the courts) is poor, disabled, an immigrant, or–most of all-if they are black.

Frustratingly, there is no single magical gesture, no course of action that will certainly change hearts, open eyes, free minds.  Perhaps it is because I have grown up with an inflated sense of my own power, as an educated white woman, that I even think it plausible there could be such a thing.  For though the Civil Rights movement of the 50s and 60s was powerful and made a lot of progress, no one then could have known for sure it would.  The results of our actions are never writ large enough for us to see them in advance.

But we’re not helpless.

If I’ve been restless and in pain these last few months, I have also found comfort.  For the past month, I’ve been active in–of all things–a Facebook group, Whites Against Racial Inequality.  There are over 600 of us now, about as many black voices as white.  And we’re not changing the world–not directly.  But we’re telling our truths.  We’re listening to one another; we’re hearing one another.  And we’re sharing our truths.

I am humbled every day by another story of racism not past, but present.  Men and women younger than my daughter speak of racist humiliations I had thought had vanished in my parents’ day, let alone my own.  I had no idea.

That’s privilege.  I live surrounded in a cocoon of safety.  I don’t have to know what racism is doing to people of color.  I won’t–unless I work at it, push myself out of my comforting cocoon, and heed the stories of those who don’t have the privilege to retreat from the parts of reality that have claws.

This rocks my world.

I’ve lost track of the number of times I’ve heard a black member of the group say something along the lines of,  I never thought a white person would care about this.  I’ve lost track of the times I have been thanked (thanked!) for simply expressing a human sense of dismay at what is being done to people of color in my name.

I know that deciding to leave my cocoon is nothing to be thanked for.  But I am learning that there are those who have felt so abandoned by white people for so long that it is a kind of grateful shock for a white person, any white person at all, to step far enough outside of our comfort zones even to see what every black child knows before they are ten years old:  racism is not dead. The police are not necessarily your friends.  You are in danger, daily, simply because of the color of your skin.

I don’t know how to eliminate that danger.

But one thing I know absolutely and for sure: there are no “facts” that will change the bottom line.  We are members of a racist culture that does not want to look itself in the eyes.  Too many of us are not listening; too many of us refuse to see.  We need to reach out to one another, center down, and  begin.

Important: please take note.  This blog is, essentially, my living room.  I do not allow guests in my living room to be rude to one another, so no personal attacks will be tolerated.

I will also not permit any comments that appear to minimize, rationalize, or deny the existence of racism to stand.  Thank you for your understanding. 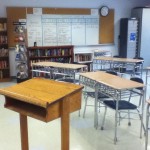 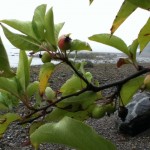