On Prayer: An Online Shrine to the Victims of Racism

Before I became a Quaker, I didn’t think about prayer very much.

Oh, I engaged in it, from time to time, both in terms of formal, ritual invocations and spontaneous, sometimes heated conversations with my gods during hard times.  But it was not the first tool I would reach for, in my spiritual toolkit–probably spellcrafting was.

I still do spells.  But more and more, I turn to prayer, both as a regular spiritual discipline, and as my go-to option when I am out of options.  In fact, I hope that I’m beginning to see prayer as an option to turn to sooner than that, because there are times when prayer is the only thing that comforts me–and because, after fourteen years as a Quaker, it’s getting to be a little embarrassing that I forget that prayer is an option that’s always open to me.

I’ve been thinking about this for a while, in part because two Quaker friends of mine have written a book about prayer.  But prayer is on my mind this morning because, frankly, I need it.

I’m writing these words less than a week after yet another unarmed black man, 50 year old Walter Scott,  was shot and killed by a white police officer.  If the incident had not been filmed by a bystander, we would almost certainly be hearing the usual narrative, blaming Mr. Scott for his own death.  (Indeed, online discussions are not exactly free of such comments even now–the only real difference the video seems to have made is that mainstream media is somewhat slower to report that line of thinking as an explanation of the crime.)

I have only been aware of the magnitude of police violence against people of color since August, as I watched in horror while the Ferguson police department treated peaceful protesters as if they were terrorists, in the wake of Mike Brown’s death.  I have only been tracking the virulence of American racism for eight months–less time than a full term pregnancy–and already, I feel worn down and worn thin by white America’s capacity for silence, denial, and indifference–let alone violence.

I literally cannot imagine what it is like to be black in America, and to have had to carry this weight for an entire lifetime.  An entire lifetime’s worth of grieving death after death after death, of fearing for husbands and fathers and brothers and sons–and wives and mothers and sisters and daughters, for black women are also gunned down with brutal regularity in this country.

I can’t imagine it.  But I can see it all around me now.  For the first time in my life, I have many black friends, and I talk about race with them every day.  And so many of them are absolutely reeling with grief and pain, afraid even to hope for a conviction in a case where the deliberate murder of another unarmed black man was actually caught on video tape.

So many black Americans are afraid even to hope for justice in this one, this single, exceptional case.  And still, still, I am hearing the tone-deaf responses of white Americans: We don’t have all the facts, Police have a dangerous job, He shouldn’t have run away (gotta love that one), and the ever-popular All Lives Matter.

My black friends are in mourning, and there are plenty of white Americans who are crashing yet another funeral, in effect, to blame the victim for his own death–to tell my friends that they are “too sensitive,” “playing the race card,” or that they are responsible for creating racial tension in this country by actually speaking out against the everyday reality of the excessive use of violence against people of color by police in our country.

The bottom line for me isn’t even about social justice.  It’s this basic: I have friends who are suffering.  And I can’t help.  In the short term, I have nothing to offer; there is nothing I can do.

Except… I can pray.

Hey, I know that there are people working for justice all over the world who do it without a religion to help them.  I’m not knocking them, either.  But… I am so glad I don’t have to do it that way.  I am so glad I am not alone.  I can pray.

Oh yeah!  That’s right, I thought to myself last night, blown away by how much pain I can see around me in the black community.

This is my prayer:

Lift up the lives that are held out, faithfully
Day by day by long, endless day,
Working to make us all free.

Guide my hands in your work.
Fill my heart with your work.
Help me to remember:

I am only a single leaf
On a single tree
In the Great Forest of those who long for justice.

Help us to do your work in the world.

PLEASE NOTE: For this post, I am dedicating my comments section as a shrine.  My comments are open to anyone who would like to add prayers of their own, or discuss their relationship to prayer.

On this post, all other comments will be deleted. 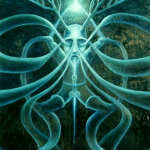