Altruism, Becoming the Crone, and the Grandmother Effect

I’ve been working on my Crone’s Wings this year, and I’m here to tell you: menopause is a nuisance.

I never know, from one month to the next, whether I’m going to skip a period, spot every day for three weeks and then have a period, open the flood gates and have a super-period for three weeks in a row, or even whether this month is the end of the show.

And, yeah, I have mood swings, hot flashes, and migraine headaches–my record is three in one day–along with a host of other bothersome physical changes, from suddenly having hyper-sensitive skin to developing an allergy to chocolate.  (Now that was epic!)

I comfort myself with the knowledge that all this misery is what has given the human race its weirdly long lifespan.

No, seriously–I don’t just mean life feels longer when I’m having menopausal symptoms.  I mean that, according to theory, the evolution of menopause and the evolution of our long lives are linked.

At first blush, that may seem unlikely.  How could menopause–the process of leaving our fertile years behind us–have any evolutionary advantages at all? Evolution is all about winning the competition to reproduce, right?

Evolution is driven by competition. But it’s also driven by cooperation.  Darwin was right… but he didn’t have the whole story.  Modern biology recognizes that our lives, all of our lives, literally depend on the willingness of life to cooperate with life.

Got energy?  Thank your mitochondria–little passengers inside every one of the cells of every eukaryote.

Your mitochondria do not share your DNA–they have their own genetic inheritance, their own evolutionary story.  And yet, without these longtime hitchhikers inside of our cells, not a multicellular organism on the planet would be able to fully break down the glucose from our food, the process that gives us the power to do what must be done, as they say in the Powdermilk Biscuit commercials.

None of us would have the energy to get out of bed in the morning without the millions of tiny critters that share our bodies with us… cooperatively, not competitively.  We thrive because they thrive.  They thrive because we do.

It turns out, life is generous as well as selfish. And that idea is key to understanding, of all things, menopause: why humans have it, and why we live so long after it.

What I’m talking is a thing called the grandmother hypothesis, or the grandmother effect.  This theory looks at why it should be that human females, unlike other primates, have lifespans that are naturally much, much longer than our reproductive years.

Unlike gorillas, orangutans, or chimpanzees, human women live many healthy and otherwise productive years after it becomes impossible for us to conceive and bear children.

A strictly competitive view of evolution would have a hard time explaining this.  Why would a selfish gene lend us, via evolution, the ability to outlive our fertility?   Of course, some mutations arise spontaneously, randomly, without any survival benefit.  Menopause could be an evolutionary fluke, a random cosmic joke with no particular usefulness to us.  (I admit, sometimes, in the grip of a migraine, it does feel that way to me.)

But it’s not the likeliest explanation.

It turns out, one way evolution can favor cooperation is through altruism.  Our selfish genes can actually select for altruism–for putting the good of others ahead of our own; for caring for one another as members of the same family, tribe, or species, rather than caring for ourselves and our direct descendants alone.

In the case of menopause?  That theory I mentioned suggests that human evolution has actually selected for that sort of indirect benefit for my selfish genes, by building into my body a time of life in which I will still be healthy, but no longer involved with raising children of my own.

Human women do not enter menopause because we have “run out of eggs” or worn out our reproductive equipment.  Menopause, it turns out, is a time when my body uses hormonal signals essentially to dump the eggs I still have–to spend them all at once, burning through my remaining fertility in hot flash after hot flash, in order to transform me from a mother into a grandmother: a woman with the time and energy to assist my descendants in caring for their descendants–or at any rate, in assisting the members of my wider society to do so.

Grandmothers, it turns out, are special.  Those who have one in their infancy are far more likely to live long enough to grow up, and so to have descendants of their own. The presence of grandmothers–of experienced nurturers, those repositories of “old wives tales” and veterans of the challenges that meet generations of human beings on this planet–makes it much more likely that a genetic chain will continue unbroken.

I know this, because math.

Seriously, though it is obviously impossible for us to travel back in time and watch the rise of the evolution of grandmothers as it occurred, and this is a hard theory to test, the grandmother hypothesis can be modeled mathematically… and that is exactly what researcher Kristen Hawkes has done.

Years ago, Hawkes and her partner James O’Connell studied a group of hunter-gatherers.  They noticed that grandmothers spent a lot of their time gathering food for their grandchildren, and it got them to wondering.

What does it do for their own DNA, looking out for their grandchildren?  What does it mean for how many years women stay fertile, or live after their fertility ends?

It turns out that the more years grandmothers live as grandmothers–as crones–the more of the children human mothers give birth to survive to grow up and have children themselves.  In fact, mathematical models show the genes of grandmothers who have longer lives wind up outcompeting other genes enough to double the human lifespan in a pretty short time. (Evolutionarily speaking, at least.)

Grandmothering, in effect, doubled our life expectancy.  Crones are the reason anyone gets to live to be old.

As a Pagan woman, I’ve been taught that all stages of life are sacred.  Also as a Pagan, I’ve come value the spiritual good of honoring the Land, the Gods… and the People, both my living tribe and my ancestors.

As a modern woman who loves science and finds it a source of delight in its own right, I admit, I am love the way the science and my spiritual values line up on this one.

(Now would someone please open a window?  It’s awfully stuffy in here.) 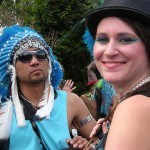 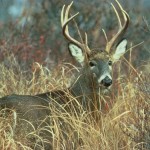 October 22, 2015 Samhain Is My Fertility Festival
Recent Comments
0 | Leave a Comment
Browse Our Archives
get the latest from
Pagan
Sign up for our newsletter
POPULAR AT PATHEOS Pagan
1