For most of my life, I couldn’t bring myself to be outraged about injustice and oppression because it took effort.  It meant I would have to stare into the face of brokenness and evil that I couldn’t solve.  The injustices in the world felt too big and I felt too small.  And somehow, after looking evil square in the eyes, I knew I would have to find a way to hold myself together enough, even in the sorrow of the recognizing the truth, and I would have to do something.  And frankly, I just didn’t have the energy.

It wasn’t until the past five years that I heard anyone in churches outraged enough about communal and international oppression to be spurred to consistent action.  I spent 25 years of being in churches where oppression, at best, was addressed by an occasional short-term mission trip instead of profound dedication towards living our faith out by caring for the marginalized every day, not just once a year.

Maybe you’d argue that I’ve just been going to the wrong churches.
But I’m afraid this is the case all too often, not just in my experiences, but in evangelical churches around the nation.

“The church is a whore, but she’s my mother,” Augustine once said.  I think he was right.

I’ll be honest.  Some days, I just want to scream, “Screw the church! I’m done with it!” and walk away.  I’m angry at myself that it took me 25 years to get off my duff and realize that attending to the suffering of others is my responsibility, even if it doesn’t directly affect me.  I’m angry that we talk about “saving people” as if that is something separate or different from keeping them from starving, being tortured, enslaved, or violated by government and neighbors.  I’m outraged at how often I’ve blamed the poor and marginalized for being poor and marginalized instead of doing something to help them.

“The more one respects Jesus, the more one must be brokenhearted, embarrassed, furious, or some combination thereof when one considers what we Christians have done with Jesus.” – Brian McLaren

That’s where I’m at.

Yet the longer I sit in that place of anger and broken-heartedness, the more I hear the still small voice reminding me of the defiant hope I have that someday things will get better.

A hope that defies logic – that’s the hope that we hold.  It’s the kind that should cause us to jut out our chins, stomp our foot in the ground, and challenge evil to do it’s worst.  Because we have a God who fixes it.  He fixes it in us and in the world.  He fixes it for all time. 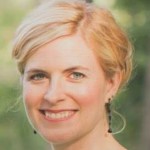