A Chasm and a Bridge 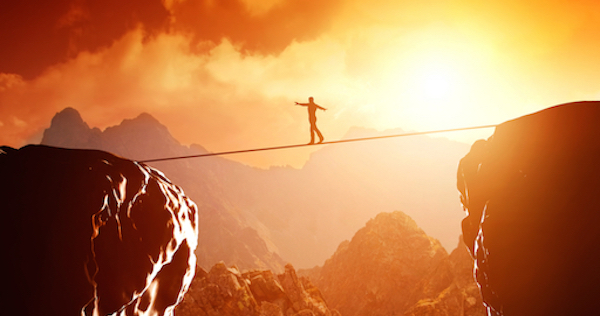 Welcome to the first post of Quranist and Apostate, an ongoing conversation between a Muslim Quranist in England and an atheist ex-Muslim in Iran.

Farouk A. Peru (Muslim): Salaamun alaikum/Peace be upon you. I am Farouk A. Peru. I was born and raised in Malaysia but have emigrated to the UK. My field of study is religion and philosophy, specializing in Islam and the Quran. I am 40 years of age and blog at Person al Islam.

Kaveh Mousavi (atheist ex-Muslim): Hi Farouk. I’m Kaveh Mousavi, an atheist ex-Muslim living in Iran. I blog under a pseudonym at my blog On the Margin of Error. My fields of study are literature and international relations. I’m in my late 20s. Where did you study Islamic studies?

Farouk: In the School of Oriental and African Studies, University of London, as well as King’s College London. I really like your blog title, Kaveh.

Kaveh: A teacher gave me the name of my blog. He told me that if I want to be an atheist, I need to leave the school and attend the atheist school. I told him that there are no atheist schools in Iran. He replied that because there are so few of you, you fall on the margin of error in a statistical model. This stuck with me.

Farouk: Very meaningful indeed. I am very sorry things are such that you have to write under a pseudonym. For years, I had to do the same as I am a Quranist.

Kaveh: So I can understand you better, what is a Quranist?

Farouk: A Quranist is a Muslim who accepts only the Quran as the authority in Islam. He interprets the Quran for himself.

This may be ironic, but I feel the presence of atheist Muslims (or ex-Muslims) to be beneficial to the Ummah. Faith should never go unchallenged. The reason we have a high level of extremism now is because the balancing factor of ‘dissenting Muslims’ (what I call atheist, agnostic, ex-Muslims) is invisible.

Kaveh: I am very heartened to hear your opinion about ex-Muslims. I think bigotry against ex-Muslims is a serious problem in most of the Islamic world, and brave voices such as yours will move the world forward and make it a better place. I also agree that every opinion should have vocal dissent in the society, because as John Stuart Mill says, even truth needs to be constantly tested against opposing claims. It seems we agree on a lot.

Farouk: My attitude towards dissenting Muslims or ex-Muslims came from when I was a teenager. In Malaysia where I grew up, religion is officialized, and my best friend was a non-practising Muslim who wanted to re-embrace his Hindu heritage. I was a Conservative Traditionalist Muslim back then, so I was against it, even though in my heart, I felt there was something deeply wrong with that.

Kaveh: What do you think are our common grounds, in general?

Farouk: I think, in general, we agree on the principle of freedom of thinking. I believe we seek a similar world, where people are free to believe whatever they choose as long as they are peaceful to others.

Kaveh: Would you say that a Quranist’s attitude toward the Qur’an is similar to Protestant Christianity’s view of the Bible?

Farouk: Yes, a Quranist is also a product of ‘sola scriptura’ thinking. Sadly, even fundamentalist Salafees are also the same, albeit from a different approach. For them ‘scripture’ is both Quran and hadith.

Hadith: Sayings of Muhammad, separate from the Quran.

Kaveh: Yes, sometimes relying simply on scripture leads to more fundamentalism, as maybe the presence of clerical authorities who can update the religion can help it move to a less conservative interpretation. Many believe the Shia are generally less stringent in executing some laws of sharia because of the Faqīh. But if we only rely on the Qur’an, how can we update its laws?

Faqīh: An Islamic jurist, expert in the application of Islamic law.

Farouk: I think the traditional Islamic education model is deeply flawed. I was the product of such a model. For 6 years, I had to endure this Ustaz (traditional Islamic teacher) showing me how to sing the Quran.  I refuse to call it ‘reading’ because that implies understanding. We went through the Quran three times, and after we finished, i never opened the Quran again till I was 15! I never understood a word of it, and later I found out, neither did he. Who would want to study a meaningless song book??

I don’t believe the Quran is a legal-centric text. I would say that at most, it has 2 percent focus on laws — a liberal estimate of a 100 verses out of 6236 — and that too, in the context of a nation which accepts them. Rather it focuses on our moral duties, in my understanding.

Kaveh: I’m sure we will talk about Qur’an a lot in the future of this blog. Personally, I’m an anti-theist, as I think faith in general is harmful for human society. I disagree with your interpretation of the Qur’an, as I think it is a book which naturally and logically leads to more conservative and theocratic versions of Islam. I’m sure we will get to elaborate on these disagreements a lot. However, before concluding this introductory post, is there anything you’d like to ask me?

Farouk: Not at this point. I am sure our conversation will deepen when the topics are aired, one by one.

Kaveh: Great, so this is it, our first post! Thanks Farouk and great job, buddy.

Farouk: You too, Sir. I really look forward to our conversation. I can see you are a very thoughtful person and have much to offer me to expand my own thinking.

Kaveh: Likewise! Thank you for your kind words. I’m sure I will enjoy conversing with you and you’ll make me think a lot. 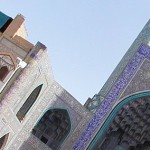 July 18, 2016 From Muslim to Atheist to Anti-Theist
Recent Comments
0 | Leave a Comment
Browse Our Archives
Related posts from Quranist and Apostate 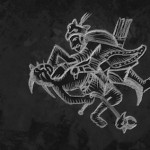