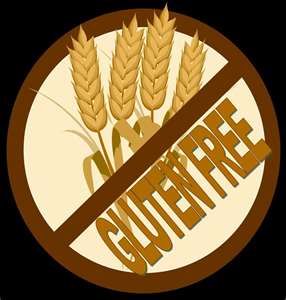 Are food preferences ever a way of putting disordered eating into more socially acceptable forms?

As I’ve mentioned in a previous post, my dad has Celiac disease, and in him, it was the really dramatic kind of Celiac, with massive weight loss, terrible anemia, mouth ulcers, and a host of extremely unpleasant gastrointestinal problems. When he was diagnosed in the mid-80s, it was after several years of invasive testing, during which it was thought by some that he must have something like late-stage cancer or full-blown AIDS. “You’re so anemic, you shouldn’t be able to get out of bed,” one doctor said.

Happily, all it took was a month of gluten-free before he regained a good 20 pounds (and his life.) But whereas today you can purchase gluten-free bread, pasta, beer, muffins, crackers, cookies, and more, back then, going gluten-free was a different story. 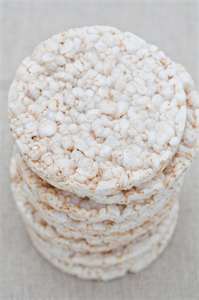 We ate A LOT of rice (which was a good thing. I love rice.)

And peanut-butter and jam on rice cakes (which were less good, but not bad.)

And, just once, we tried corn pasta (which was a Very Bad Thing.)

And I became very aware that my dad couldn’t eat lots of yummy things like pizza or birthday cake–not because he didn’t want to, but because he would waste away if he did.

While I was still young enough to have a healthy attitude about food and my body, I felt bad for my dad. I didn’t like it that he couldn’t enjoy the same foods as my mom and I could.

But as I got older, I saw the possibilities of going gluten-free: I could easily banish from my diet all sorts of “fattening” foods and no one could criticize me for doing so.

(Now, it sure SEEMED like each time I ate something with gluten, I got a stomachache. But that the discomfort was making its way from my head to my gut was not so clear.)

And so, I began 7 years of gluten-free. It didn’t make me lose weight. In fact, I think it may have contributed to weight gain in some ways. For one thing, the gluten-free foods that were available by then tended to be very dense in calories. And for another, the constant deprivation I subjected myself to (by not providing myself with adequate gluten-free substitutes, say, in my college cafeteria) led to craving and overeating later. Plus, my eating was always out of synch with the eating of those around me. I was all out of touch with my hunger and with the social nature of eating.

{And I STILL got a lot of stomachaches. Go figure!}

Periodically I would wonder if the gluten thing was “in my head.” But the anxiety over opening up the whole range of gluten-containing foods was too great. I thought I would gain huge amounts of weight and eat uncontrollably. It seemed safer to keep bread, pastry, pasta, cake, cookies, and tons of other things off limits. 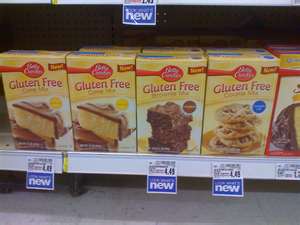 After giving birth to my first child, though, I found that I no longer feared food.  I felt brave enough to introduce oatmeal into my life. (I know; how daring of me, right!?) From there I moved on to include bread, pasta; well, everything, really.

And my stomach felt fine; if anything, it felt better.

So what’s the point of this story? “Eat gluten?” No, not exactly.

It’s just this: I’ve noticed that more and more people are going gluten-free (including some celebrities) and while I absolutely, positively DO know that some people–with or without “official” diagnoses–can’t tolerate gluten and feel tons better without it (like my dad–see above!–and the lovely Gluten-Free Girl, and some very dear friends) But I’m still kind of wondering if, for some people, this grain-rejection may just be like mine–on some level, yet another way of restricting food and/or masking an eating disorder.

What do YOU think?

Do you worry when friends suddenly foreswear whole food groups?

(By the way, in case it wasn’t clear in the above: I went gluten free–consciously or not, mostly NOT–to mask an eating disorder. So before someone messages me to say that I’m insensitive or judgmental or don’t understand the reasons for going gluten-free, please, please, please understand that I understand. And I’m not judging.)

Ira Einhorn and the politics of...
slacktivist
Related posts from Rachel Marie Stone 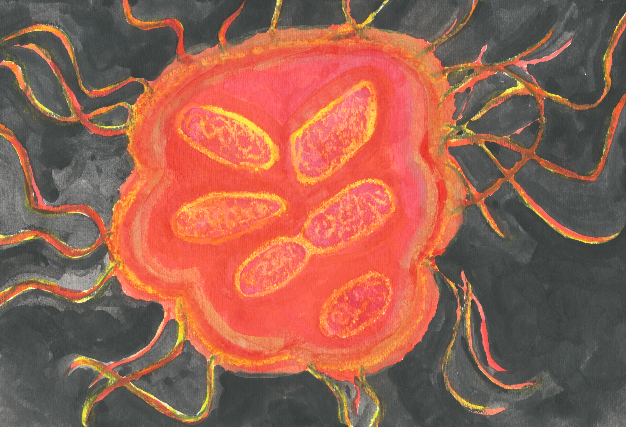