This has been one of the most popular series on the blog, and because it’s mentioned in my new book, I decided to make it easy on the folks that keep Googling “Rachel Marie Stone skinny toys,” and similarly problematic phrases (“Rachel Stone thin sexy toys,” ahem) by giving the series its own page.

It began when I notice the startling differences between my old Candy Land game (circa 1984) and my children’s new one. Here’s Queen Frostine circa 1984 and 2010, respectively: 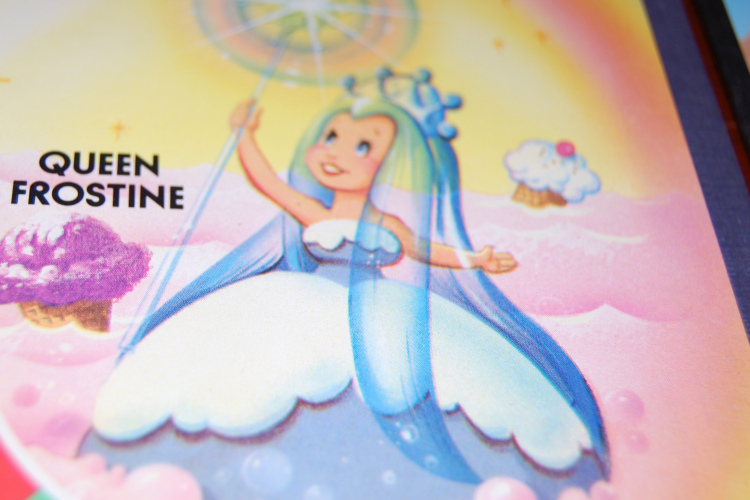 Commenters on these posts occasionally accuse me of being a ‘hater,’ or of making something out of nothing. I’m not a toy designer, although my great-great-grandfather was the man to patent the pail and shovel as a toy, as well as the inventor of the dolls whose eyes close when you lay them down (NOT KIDDING), and my point is not really to condemn (ie. ‘hate on’) but rather to show how images of thinness have come to dominate Euro-American conceptions of loveliness, while (perhaps) displacing innocence.

Blogger and author Jana Riess featured these posts on her RNS blog, Flunking Sainthood. Probably somewhere someone could write a doctoral dissertation on the phenomenon, but it won’t be me. I’m too busy trying to think of how to patent the next so-ubiquitous-I-can’t-believe-a-human-invented-it toy, like a pail and shovel.

Here are the posts, roughly in the order they appeared. If you come across a toy that you think has evolved over time to become thinner and/or sexier, please tell me about it. (I’ll give you credit, of course.)

The Evolution of Candy Land

The Evolution of Strawberry Shortcake

The Evolution of My Little Ponies

The Evolution of GI Joes

The Evolution of Polly Pocket

The Evolution of White Rock Water Girl and Coca-Cola

The Evolution of Minnie Mouse