I’ve Never Been Less Happy to be Right

Welp, it’s been eight days since I wrote my piece addressing Louis CK and begging him to come forward about his history of sexual abuse before it inevitably came crashing down on him. I was called a lot of names for that piece, and told (sometimes politely, sometimes rudely) that he was “innocent until proven guilty” and that “there’s no proof!”

Here ya go. The New York Times reported today that five women have come forward with specific allegations, four of them publicly.  Their stories have been corroborated by numerous other people, and the Times even claims to have seen emails and Facebook messages from Louis CK that also corroborate the women’s stories.

That proof enough for you?

I tried to warn him. I wanted desperately for that last post to somehow reach him, appeal to his sense of decency, and inspire him to make the right choice.

Apparently not, because according to his manager he “will not be answering questions” about this.

An appearance on Colbert and the premier of his new, disturbing-looking movie have both been canceled. The walls are closing in.

What bothers me the most is that I saw this coming. The writing was on the wall. And if I’d had an idea that this was on its way, how could he possibly not have?

With Weinstein, Signore, Toback, Spacey, and many others being outed, did Louis CK really think he was safe? Did he think that he would miraculously be left out of all of this?

That is how I am confident that CK isn’t simply a good man with issues who made some mistakes. He is an abuser through and through; this is shown in the arrogance that made him think he would get away with it. Many of these incidents happened before CK was the household name and powerful producer he is today; power didn’t corrupt him, he was drawn to power because of his corruption.

As I mentioned in my last post, I was once a huge fan of Louis CK. I’ve seen him live. I’ve shared videos of his comedy endlessly. Bits of his from over a decade ago will still come into my head at random moments and make me choke with laughter. This brings me no joy. For years I’ve heard these rumors and wanted them to be “just rumors,” as CK said they were. But I’ve learned that the problems of toxic masculinity and rape culture overwhelmingly benefit male abusers, and that women are victimized by people like Louis CK every day. They need support, they need to be believed. So I chose to do that, which is why I wrote my last post.

Let this be a lesson to all of us. When people, and especially women, tell stories of their abuse, believe them. Give them the benefit of the doubt. It’s the only way we will ever be truly rid of scourge like Louis CK. 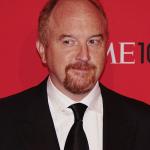 November 16, 2017 Why I Left A Promising Position with an Up-and-Coming Progressive Media Organization
Recent Comments
0 | Leave a Comment
""*sigh* And the second passage? The one from book 20?Yeah, thought so."Well, I guess I'm ..."
Baldie McEagle The Historical Jesus Existed. It’s Time ..."
""But the idea that there was literally no person any of those stories are based ..."
Baldie McEagle The Historical Jesus Existed. It’s Time ..."
"i voted biden no i don't like him (i'm a proud bernie and aoc stan), ..."
Brandon Roberts I Have No Idea Who I’m ..."
"Of what "Left" do you speak? Nothing I know of.Name one of these "self-appointed leaders" ..."
Michel Free Speech is an Illusion: Why ..."
Browse Our Archives
Related posts from Radical Christian Millennial

Progressive Christian
Why I Left A Promising Position with an...
Radical Christian Millennial