A Tribute and Letter to J. I. Packer, Now with His Lord Jesus

A Tribute and Letter to J. I. Packer, Now with His Lord Jesus August 1, 2020 Randy Alcorn 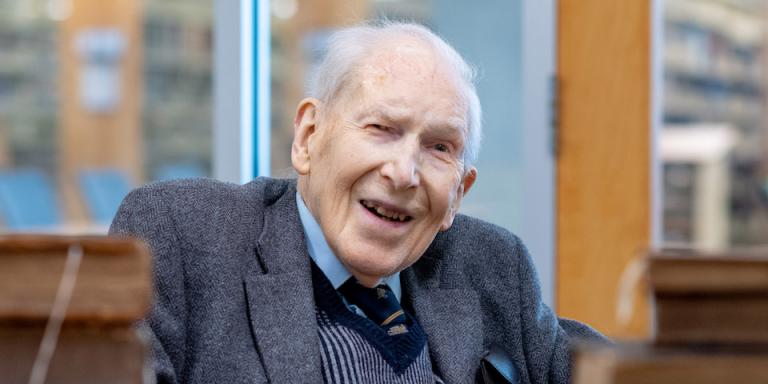 Two weeks ago, J. I. Packer, one of my favorite writers and favorite people, went to be with Jesus just five days short of his 94th birthday. I will always love that man. He had a huge impact on me, particularly through his books Knowing God and The Quest for Godliness. (Here’s a terrific biography from Justin Taylor, and a touching audio tribute to Packer from John Piper and Tony Reinke.)

Four and half years ago Ivan Mesa shared an interview with Packer, who was losing his sight due to macular degeneration. When asked about how the reality of Heaven affects him, he said, “In positive terms, the essence of eternity as I conceive it—as it lies before me as my destination—is quite simply the joy of being with the Lord.” Ivan’s final question to Packer was, “What would be your final words to the church?” He responded, “I think I can boil it down to four words: ‘Glorify Christ every way.’” 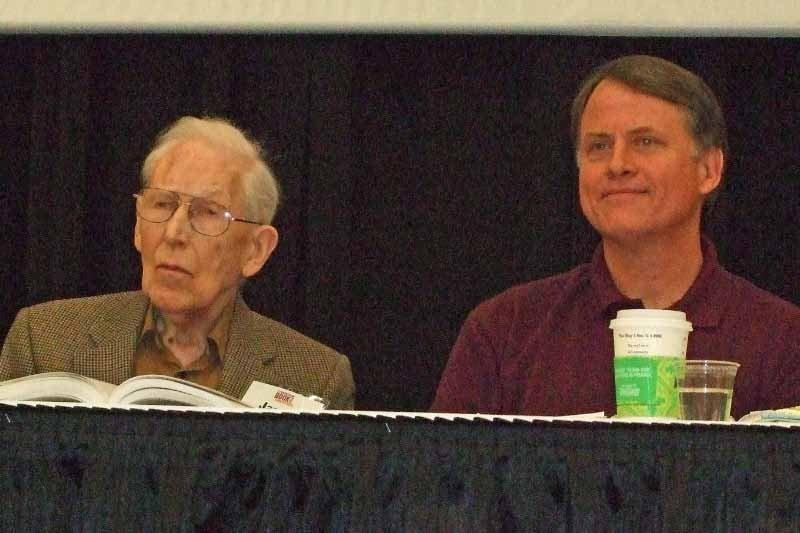 Eleven years ago I was asked to be on a panel on Heaven and Hell at a book conference. When I asked who else would be on the panel, they mentioned J. I. Packer, and my response was, “I will do it as long as I can sit next to Dr. Packer.” Little did I know that he would actually read something from my Heaven book, which, looking over his shoulder, I could see was worn and he had marked it up. Knowing Dr. Packer had written about the great Puritan Richard Baxter, I was amazed and touched that he said my book was for the current time what Richard Baxter’s The Saints Everlasting Rest was in the seventeenth century. This was typical of his kindness and graciousness that encouraged so many of us.

The following is a letter I sent to J.I. Packer four years ago after learning about his declining vision. Though it was written when he was still living, I affirm what I wrote all the more, knowing he is now with Jesus and has finished his race so well:

It was my pleasure to meet you some years ago at a booksellers convention, where our mutual friend Justin Taylor introduced us. Then several years later I sat next to you in Dallas, at a panel on Heaven and Hell. We were both there early, and my wife Nanci brought you a cup of coffee to go with your cookie, and she delights in remembering how much you appreciated it! :) We were there early, as were you, so we enjoyed a little chance to chat together.

During the panel that day I was very surprised that you pulled from your briefcase my book Heaven. You read a portion from it, and made a very kind comment about it. That meant a great deal to me because of the role you have played in my life as both a writer and a role model.

I learned of your vision issues, and wanted to reach out to you and say, “Thank you for serving King Jesus and touching my life so significantly.” I know your service is not done yet, but I wished to share some words of encouragement in terms of how you have influenced me, among countless others.

I cannot express to you how deeply our King used Knowing God to shape me when I was a young Christian. I read it when it came out in 1973, and I was just about to turn 19. Now I’m nearing 62, but I remember like it was yesterday the wonderful analogy between the traveler and the balconeer. While I realize the illustration was from John Mackay’s theology, your particular use of it in the context of your book spoke to my heart, and I have often contemplated it in my personal life and as I’ve written my books. By God’s grace, I have been a traveler, and I am deeply grateful.

I benefited greatly from Evangelism and the Sovereignty of God, and years later God spoke to me through Keep in Step with the Spirit. My love for the Puritans deepened when reading A Quest for Godliness.  I have profited too from your Shorter Writings and in speaking against the health and wealth gospel I have quoted from the unlikely named Hot Tub Religion. :)

Along the way, I caught your affection for Richard Baxter, which first led me to The Saints Everlasting Rest. I was very moved by A Grief Sanctified while writing my book If God Is Good, on the problem of evil and suffering.

In short, Dr. Packer, I am one of many you have mentored from a distance. My life first as a child of God, and then as a pastor and writer, has been profoundly affected by you. Thank you for being faithful to our Lord. I know you have lived and continue to live by God’s grace and empowerment. You are in my prayers now. Your heart and mind and life has been your greatest book. I have immensely enjoyed reading it.

In the final year of his life I spent a few hours with Bill Bright when he was no longer traveling, and was hooked to an oxygen tank. He was physically weak, but when we spoke of Heaven he was like a little boy, his face vibrant as he anticipated living forever with Jesus and God’s people. When a young man from Haiti walked into the room Bill told him about Jesus and the Gospel, and I had the privilege of joining in.

I’ll never forget Bill Bright saying to me, shortly before I left, “Randy, God is using me now more than ever before.” This was rather stunning considering the impact of Campus Crusade, the Jesus film and Crusade’s missionary efforts across the globe. Bill continued, “I can’t get up out of this chair, but through prayer I am bringing before Him the church and the world and his servants. What a privilege.”

Dr. Packer, may God bless you now as you draw near to Him and minister in prayer and other ways. If you could pray for me, I would be honored.

As it’s unlikely our paths will cross again in this life, I look forward to seeing you in a far better world, where joy will be the air we breathe. When we celebrate our King at banquets on God’s New Earth, I have already put in my request to sit next to you at one of them. (I know the One in charge of the seating arrangements!) There I will thank you face to face for all you have meant to me.

I leave you with Psalm 16:8–“I keep my eyes always on the LORD. With him at my right hand, I will not be shaken.”

With great affection, and in the grace of Jesus,

Finally, here’s a wonderful 19-minute documentary on J.I. Packer, in which he shares his heart and wisdom: 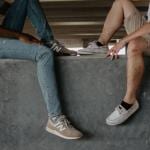 August 3, 2020 The Fruit of the Spirit Are Ingredients of Happiness
Recent Comments
0 | Leave a Comment
"I was just a little surprised to read "Don't respond as a conservative" towards the ..."
Robert Limb Black Lives Do Matter, But the ..."
"first offer some incontrovertible evidence that any god exists anywhere outside of a human's head.until ..."
crackerMF Do You Live as If the ..."
"What a sad perspective. Is it simply because it is different than yours? ~ We ..."
Leigh Do You Live as If the ..."
"this story illustrates why the religious are the absolute worst choice to be in charge ..."
crackerMF Do You Live as If the ..."
Browse Our Archives
get the latest updates from
Eternal Perspectives, with Randy Alcorn
and the Patheos
Evangelical
Channel
POPULAR AT PATHEOS Evangelical
1 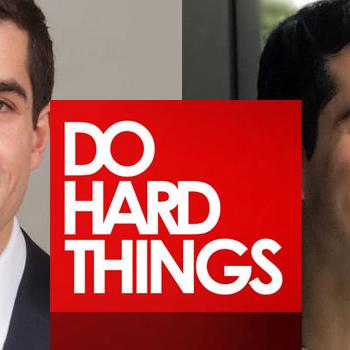 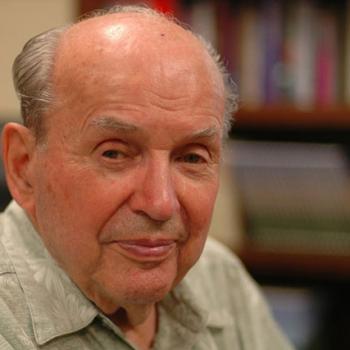 Evangelical
He Turned His Business over to God: Stanley...
Eternal Perspectives, with Randy Alcorn 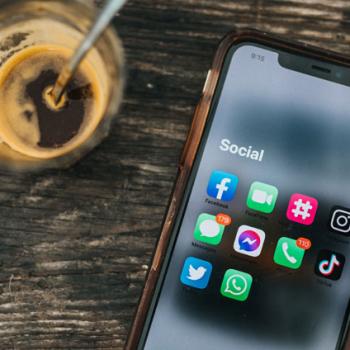 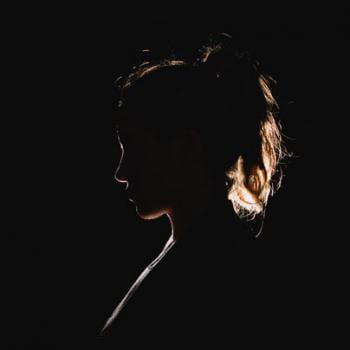 Evangelical
Isn’t It Cruel to Force a Woman to...
Eternal Perspectives, with Randy Alcorn
TRENDING AT PATHEOS Evangelical