VIDEO: On Islam, Same-Sex Marriages and Our Obligations to the LGBTQI Community

VIDEO: On Islam, Same-Sex Marriages and Our Obligations to the LGBTQI Community June 12, 2016 Dilshad Ali

The violence in Orlando today is horrific and tragic. My prayers go out to the victims and their families. Violence is wrong, period. Oh God, please protect us from those who hate and those who teach and preach to hate!

Though the position of Islam, according to a majority of scholars and scripture, is that of what other Abrahamic faiths say on homosexuality – that homosexual acts are a sin, I’m a strong believer in that political equality cannot be realized without accepting the moral equality of all human beings. We cannot treat others as morally unequal to us.

American Muslims are a minority in this country who feel oppressed and marginalized, just as the LGBTQI community feels oppressed and marginalized by the mainstream community. So it would be hypocritical and counterproductive for American Muslims to come out and campaign against Islamophobia and demand that the rest of the country help us fight Islamophobia and help Muslims get equal rights under the law and then turn around and make a case for discriminating against another community.

Muslims cannot do that.

June 1, 2016
Believe it or Not: The Purpose of Islam is Peace
Next Post 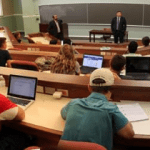 September 10, 2016 Bryan Townsend is Just the Kind of Leader Delaware Needs
Recent Comments
0 | Leave a Comment
Browse Our Archives
get the latest from
Muslim
Sign up for our newsletter
POPULAR AT PATHEOS Muslim
1

Should Muslims Rock the Vote?
NbA Muslims
Related posts from The Rational Sufi

Politics and the New Religions
If you have ever visited a holy site you may have...