You can listen to this article in audio podcast by clicking here. 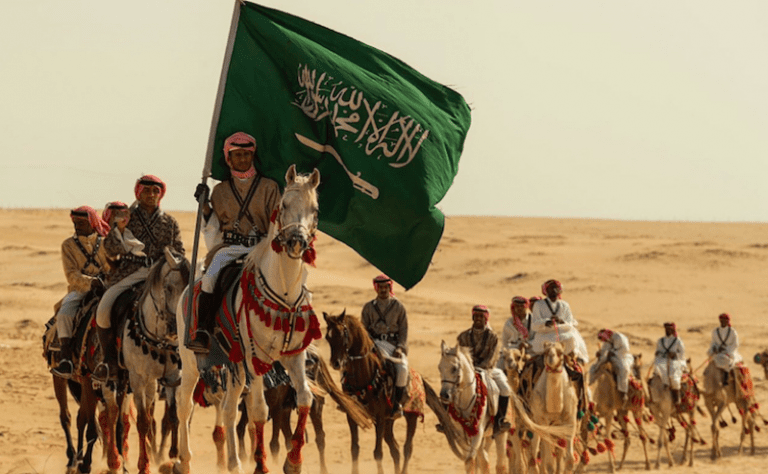 Saudi Crown Prince Muhammad bin Salman is projecting himself as a champion of moderate Islam who promises to return Saudi Arabia to what it allegedly was: “a country of moderate Islam.” In an interview with the Washington Post, he said that Islam was a sensible and simple religion that has been hijacked. However, his envisioned moderate Islam requires not just theological reform but also political reform.

You can listen to this article in audio podcast by clicking here.

The ways in which Saudis practice their faith have long-term and far-reaching effects. For decades, Saudi Arabia’s oil wealth has been used to spread a very narrow, misogynistic and intolerant interpretation of Islam all over the world. This has created an era in Muslim history in which questions have arisen about Islam’s compatibility with progress, democracy, gender equality, human rights, and religious tolerance. Crown Prince Muhammad’s promise to “eradicate promoters of extremist thought” is nothing but a confession that he controls them and that the only way to eradicate this extremist Islam is to reform Saudi Arabia. I applaud him for this, and as a scholar who convened a debate and produced a book on moderate Islam more than a decade ago, I am actually rooting for him to succeed.

The Saudi prince has also realized that moderate Islam is necessary for the projection of a friendlier image abroad. This new image will help attract allies, support, and investments from outside the region to both strengthen the economy and deter regional threats. There is a geopolitical necessity for religious moderation. Religious interpretations in the Middle East affect foreign policy and exacerbate geo-sectarian conflicts. Moderation of religion can moderate politics and conflicts. But the real challenge will be how to articulate and promote moderate Islam without sacrificing authenticity in the way Saudis understand and practice Islam.

Many Muslim thinkers use the word Al-Wasatiyyah (meaning middle or moderate) to describe this idea based on the Quranic verse that says, “We have made you a moderate nation” (Quran 2:143). There are three forms of moderation in a Muslim context.  The first one is in political terms.  A country could have extreme theological views but maintain moderate politics, such as the Wahhabi-Salafi nations in the Gulf. Their religious views are very narrow on gender issues and tolerance for other sects and religious pluralism is absent. All quietist Salafists belong to this category – theological extremists but political moderates. A second form combines theology and politics, where moderation is absent in both spheres. For example, a state like Iran, which espouses both radical foreign policy abroad and religious intolerance at home.

The third form is theological moderation in which the religious values themselves are moderate but politics could be moderate or radical. Take the case of Tunisia, a more or less moderate nation when it comes to Islamic theology, but also the biggest exporter of Daesh recruits in the region. What Crown Prince Muhammad is seeking is theological moderation, which will have a moderating impact on politics and society. Thus, he seeks a moderate Islam in order to transform Saudi Arabia into a moderate nation.

There are two dimensions to theological moderation: One is progressiveness regarding time and the other is a tolerant, accepting religious outlook. Secular dictators like Mustafa Kemal Ataturk in Turkey, Anwar Sadat in Egypt, and Habib Bourguiba in Tunisia have all tried to achieve this through top-down secularization, but all failed. Crown Prince Muhammad could succeed where others have failed if he tries a more authentic Islamic approach to moderation rather than secular authoritarian tactics.

How the Saudis Can Achieve Moderation

Crown Prince Muhammad can have moderate Islam and a moderate nation (al-Ummah al-Wasat) if he can promote a process – ijtihad – and a value – ihsan — in their most expansive sense. Ijtihad is an approach to Islamic law that seeks to balance text and context and can be employed to derive a new and more contemporary understanding of Islam. Ihsan is an Islamic value that demands that believers do everything in the most beautiful way possible, as if they are in the veritable presence of God himself, including in the arena of politics. And if ihsan can be invoked during the process of ijtihad, then the product will be a moderate Islam, consistent with the Quranic mandate to extract the most beautiful meanings from divine commands (Quran 39:18). If both these concepts are promoted widely, then perhaps a form of moderate Islam will emerge gradually.

But the key to this potential transformation is to eschew dogmatism and authoritarianism. Some commentators are seeing the crown prince’s approach as a form of separation of mosque and state, because the young prince is reducing the power of the clerical establishment to institute his reforms. This is a fallacy. Crown Prince Muhammad is strengthening the palace’s control over the mosque. A top-down reform will not separate mosque and state; it will merely reduce the mosque’s influence over the palace and increase the palace’s hold on the mosque.

The point is simple: A desire for theological moderation must be accompanied by a display of political tolerance. This means the prince must start thinking of not just moderate Islam, but also a moderate Islamic democracy.

Dr. Muqtedar Khan is a Professor of Islam and Global Affairs at the University of Delaware and a Senior Fellow at the Center for Global Policy. His website is Ijtihad.org. He is the author of Debating Moderate Islam and the CGP report, Five American Perspectives on Islam.

This policy analysis is part of the Center of Global Policy’s Weekly Brief called the Navigator. This was first published by CGP on March 27th, 2018.

You can read the Special Report by CGP on Five American Perspectives on Islam by clicking below. 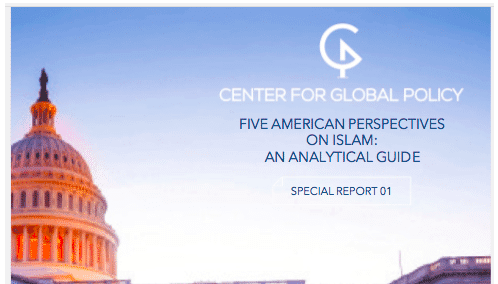 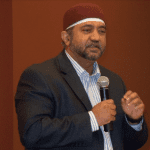 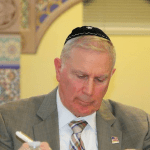 April 7, 2018 Remembering the Righteous: Christians and Muslims
Recent Comments
0 | Leave a Comment
Browse Our Archives
get the latest from
Muslim
Sign up for our newsletter
POPULAR AT PATHEOS Muslim
1