The Media May Ignore Them, But They’re Fighting ISIS and WINNING

The news broke last week that the monsters of ISIS had burned a Jordanian pilot to death, and the King of Jordan responded with airstrikes and a public vow to wipe ISIS from the face of the Earth. Upon hearing this promise, social media exploded with gushing admiration for the badassery of the Jordanian king.

“At last there’s some real leadership on this,” people seemed to be saying as they celebrated the fact that someone was standing up to the Islamic State at long last. Which must have been news to the people who’ve been going toe-to-toe with ISIS for the past 146 days.

Five months ago, the Islamic State attacked the Kurdish territory of Kobane. The military pundits on the American news expected it to fall within days, and the gruesome images of beheadings and torture to follow, driving ratings and public disgust for days. But then it  didn’t fall.

Tales of Kurdish bravery, and women fighters, began to trickle out into the media, but it was overshadowed by the horrors of ISIS. Blood and gore drive ratings more than bravery and valor, and out media was mostly silent about the fighting in Kobane.

While we in the west were regaled with stories of Europeans and Americans rushing to Syria to join the jihad, no one mentioned that there were also men and women from the west who were rushing to fight against it. It wasn’t until I began following them on social media that I saw just how many there were. These were not young kids looking for adventure, but seasoned veterans who were resolute in their determination to fight evil.

When, after five long months of fighting, the YPG/YPJ declared that Kabane was at last free from the scourge of ISIS

the people of that region literally danced in the streets

and our media was mostly silent.

Which is why I’m telling you about them. Their sacrifice is too great for us  to ignore them any longer. As they continue to drive the ISIS forces further and further from their homeland, we should be praying for their continued successes, and for the health and safety of our own men. We should know about these men and women who have put their lives on hold in order to help protect the women and children of Iraq, Syria, and the Kurdish territories. May God bless them all in their fight.

If you want to learn more about the YPG/YPJ, you can visit their Facebook page and their website.

All pictures courtesy of The Lions of Rojava via Facebook, used with permission

February 6, 2015
6 New Ideas for Celebrating St Valentine (and his day) with Your Kids
Next Post

February 14, 2015 Dear Husbands - It's Not Really About the Flowers and the Chocolate
Recent Comments
0 | Leave a Comment
"cheap ModafinilExcellent information, so thanks for putting out top notch content all the time"
Onlinesmartdrug A Pro-Lifer’s Experience With RU-486
"I'm sure you could write a similar story about a soldier in the German Army ..."
Donalbain The Civil War: Beyond Slavery and ..."
"I don't totally get it either but I know one thing....she obviously did something right. ..."
blueslady I Just Don’t Get St Therese
"I am very interested in your story for the sake of spreading good news,about the ..."
Tracy Erwin A Letter to My Daughter – ..."
Browse Our Archives
Related posts from Shoved to Them

Catholic
"We came here for a reason" - what...
Shoved to Them

Catholic
Want to save the babies? Save their mothers
Shoved to Them 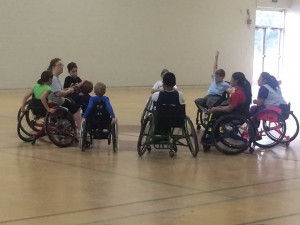 Catholic
The Other Teams Are Dead
Shoved to Them 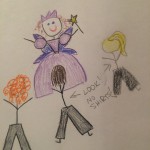