Fueled by his restored faith in humanity and inspired by Superman’s (Henry Cavill) selfless act, Bruce Wayne (Ben Affleck) enlists newfound ally Diana Prince to face an even greater threat. Together, Batman and Wonder Woman work quickly to recruit a team to stand against this newly awakened enemy. Despite the formation of an unprecedented league of heroes — Batman, Wonder Woman, Aquaman, Cyborg and the Flash — it may be too late to save the planet from an assault of catastrophic proportions.

The brand-new trailer released today and gives a great look at the epic story. Some things you’ll notice:

What do you think? Share your thoughts in comments! 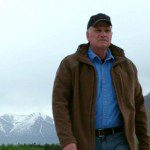 March 22, 2017
Franklin Graham On Ebola Documentary: “We Were 'Facing Darkness'”
Next Post 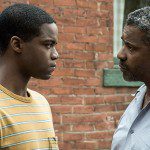 March 28, 2017 ‘Fences’ Star Jovan Adepo on ‘Universal’ Story of Friendship, Family and Faith
Recent Comments
0 | Leave a Comment
Browse Our Archives
get the latest from
Reel Faith
Sign up for our newsletter
POPULAR AT PATHEOS Entertainment
1