The tense relationship between a hardened, protective working class and his loyal wife and teenage son is explored in Fences, directed by Denzel Washington, which recently released to home video. The film, starring Washington, Viola Davis, Stephen Henderson and Jovan Adepo, received four Academy Award nominations, including Best Picture, and Davis was handed Best Actress for her performance.

Holding his own among acting heavyweights Washington and Davis, Adepo delivers an emotional performance as a young man coming of age chasing a bright future and navigating his choices with a father who has seen the worst life has to offer. In this exclusive interview, he shares with Reel Faith readers his journey to the screen and his relationships with his director and co-stars.

What a powerful film and your character, Cory, is such a central part of it. How did you get involved?

It was the traditional form, going through a casting director and participating in a variety of auditions. Just playing my cards and hoping I get an opportunity to audition for the director. So it all kind of worked out in my favor.

You had a connection with Viola Davis (the two met through Davis’ sister, who Adepo befriended at church), but that didn’t necessarily mean you got the part, right?

That did not. I think it definitely helped toward the end when it came down to Denzel picking the guy that he wanted to meet for the audition. I think it helped. But I very much had to earn the part on my own. He definitely put me through the ringer before he gave any parts out.

Your relationship to her, was she a mentor?

Truly, she was. When I first met her, she was very adamant about the type of work that was necessary to attempt to have a career in this business. She definitely said focus on training and continuing to develop your craft and things like that. So she’s very much a mentor to me. I would consider her to be so.

Completely! I can’t express it enough. I’m so happy and proud to know her. She’s done phenomenal work in all of her roles, so I’m just so glad she was recognized on the biggest stage.

What was it like working with Denzel, acting beside and being directed by him? I haven’t seen him as that type of character before.

It was intimidating but it was definitely beneficial for me and for me as an actor, just trying to figure out the best way to navigate just starting out in the business. It took me quite a while to get used to seeing him every day and suspending that fandom, just focusing on going through with my scene partner and making sure that the work is being done and listening to the direction that my employer gives me, basically. He knew that I was incredibly star struck but he let me get into my own comfort level with it. He wasn’t going to let me go too long. He was going to put me in check because at the end of the day we were there to do a job and do it efficiently.

If you were the character, Corey, from the film, would have responded any differently to how his father treated him?

I’m not sure. It’s hard for me to give a definitive answer on that because I know what Troy was going through and why he was the way he was. And I’m speaking as far as the actor doing his own character study. I think I’d respond quite similarly because I think every young man has that moment when they want to define themselves and they want to figure out what they want to do with their lives but also do their best to respect the wishes of their parents.

Why do you think people responded to strongly to this film?

It’s a subject that everybody can relate to. One of the things I heard Denzel talk about was that ‘the universal stems from the specific.’ It was definitely a universal subject where you’re dealing with ideals and you’re dealing with elements of family that everybody can relate to but it’s just specifically told through the eyes of this family in 1950s Pittsburg. The dysfunctional qualities and the concepts of friendship and faith and that sort, they’re all relatable to all families from all walks of life, it’s just being told through they eyes of this family at this specific time.

What’s next for you?

The Leftovers, we’re working on that and will be doing press next month. Then searching for more interesting stories. I think I’ve really blessed to have gotten this job and been exposed to talent at this level so it’s made me more conscious of the work that’s out there, trying to find stories that excite me and speak to me. 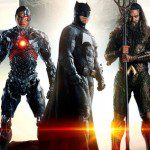 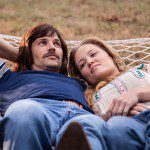 March 30, 2017 From Atheist to Evangelist: Lee Strobel and His Quest for Christ
Recent Comments
0 | Leave a Comment
"Our 'favorite' family theater is one where you can eat dinner and watch a movie ..."
ILR Like Most Everything Right Now, the ..."
"Welp, I won't leave a spolier... but the final minute of last night's episode was ..."
𝓒𝓪𝓻𝓻𝓲𝓮✓ᵛᵉʳᶦᶠᶦᵉᵈ🇺🇸 𝐏𝐬𝐚𝐥𝐦 𝟏𝟎𝟗:𝟖​ Good Vs. “Evil” and the Unexplained ..."
"With fewer than 18% of American citizens of all ages going to church in any ..."
rationalobservations? Will Audiences Embrace Kanye West, the ..."
""There are things that you cannot prove but they exist."The good news is that G-d ..."
klatu Rob Schneider and Wife on the ..."
Browse Our Archives
get the latest from
Reel Faith
Sign up for our newsletter
POPULAR AT PATHEOS Entertainment
1