Are Religion Courses Harmful to Faith?

Yes. There’s no use in beating around the bush. Whether one firmly believes that Christianity alone contains Truth with a capital “T,” or thinks that God’s nature or existence is a settled matter, there is always the possibility that the academic study of religion will rattle the foundations of one’s faith. Religion courses, indeed, can be hazardous to one’s spiritual health.

We religion professors are aware of these risks. We are also aware that on many college campuses, folks debate the pros and cons of studying religion in an academic setting. I recognize that not everyone on our own campus believes that the religion department is engaged in a beneficial task. A few people may even think that what we do is dangerous, that our department should focus on reinforcing orthodox Christian beliefs and should leave the business of critical thinking to other academic departments. I hear these concerns and, at one level, I can appreciate what drives them. Faith is something that is deeply personal. It touches on the core of our identity. I understand the desire to want to protect and defend it.

I want to challenge the assumption that faith as outlined above is inherently positive and something that we should have, whereas doubt is inherently negative and something that we should avoid. Why do I reject this assumption? History. As a religious historian, I can assure you that there are plenty of examples of people committing atrocities or embracing dangerous beliefs under the auspices of faith. Let us not forget that people who believed in Jesus Christ as Lord and Savior created the Inquisition, executed tens of thousands of women (and men) suspected of witchcraft, oversaw the Atlantic slave trade, defended slavery as a Christian obligation, lynched African Americans, colonized “natives” the world over, and participated in projects of genocide. Let us also remember that Martin Luther King, Jr., wrote his “Letter from a Birmingham Jail” primarily to Christian clergy and other white Christians who loved Jesus and put their hope in him for salvation but who stood on the sidelines of history and did nothing to challenge the systemic oppression of African Americans under Jim Crow laws. And this list does not even begin to account for the ongoing ways that people of faith support systems and structures that perpetuate racism, misogyny, economic injustice, and the exploitation of other human beings and the natural world.

Defending faith without asking critical questions about what it is we have faith in, and what that faith means for our neighbors and the world around us – that is the greatest danger. Paul Tillich reminds us that faith is our “ultimate concern.” But he also reminds us that we must be careful in determining what the object of our ultimate concern is lest our god proves to be a demon that threatens our very being.

It’s not my job to promote “orthodoxy” or the superiority of one religious tradition over against others. I really do not care whether my students accept Jesus Christ as Lord, recite the Islamic shahada, take refuge in the Buddha (and the Dharma and the Sangha), or reject religion altogether. It is my job to encourage students to engage in critical thinking, to wrestle with complex historical and philosophical questions, to reflect on their own existential commitments, and to expand their conversation partners by exposing them to diverse voices across a variety of religious traditions.

I cannot control the outcome of this process. My hope is simply that students will reflect more critically and deeply on what they do and do not have faith in and why. Yes, if they do this, a certain type of faith may wither and die. So be it. As history reminds us, not all kinds of faith should survive. And not all doubts mean the end of faith – sometimes, they are just the beginning of it.

Todd Green, assistant professor of religion at Luther College, teaches primarily in the areas of European and American religious history. His research interests include secularization, Islamophobia, and interreligious dialogue. He has published peer-reviewed articles on these topics and is the author of Responding to Secularization: The Deaconess Movement in Nineteenth-Century Sweden. He is currently working on a book for Fortress Press that provides a historical survey of Islamophobia in Europe and North America. Green is also a contributor to the Religion section of the Huffington Post. 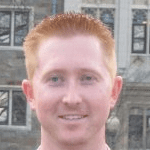 April 8, 2014
World Vision and the Distant Dream of Christian Unity
Next Post

April 28, 2014 Together Fighting Hatred and Intolerance
Recent Comments
12 Comments | Leave a Comment
Browse Our Archives
get the latest updates from
Religion Now
and the Patheos
Best of Patheos
Channel
POPULAR AT PATHEOS Public Square
1 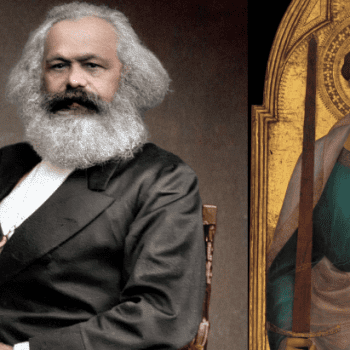 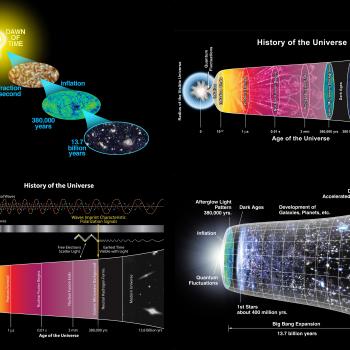 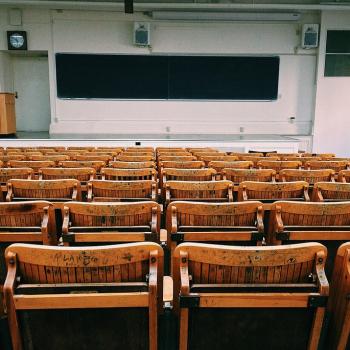 12 responses to “Are Religion Courses Harmful to Faith?”