My 17 year-old daughter was recently ordered to “get off your high horse” by a highly credentialed founder of a policy think tank when she asked a clarifying question during a talk. He read her honest question as moral posturing and challenged her not only to dismount, but to come up with a better policy prescription than the one he was presenting. Her question was not performative—she registered a contradiction that fed her need to interrogate further. But he chose to respond to her as if she were posturing and not asking, perhaps sensing correctly that any answer he could have offered would have been unsatisfactory to her. She is a progressive thinker with a strong sense of justice and beneath her desire to understand was also a recognition that to understand, in this case, was to be morally outraged.

My daughter was being called out for “virtue signaling,” a phenomenon where those who declare outrage or support progressive ideas, primarily on social media, are accused of being insincere or merely performative. Her interlocutor went on to test her sincerity by challenging her to offer a solution to the intractable problem she was interrogating. Really? Can we only be sincere in our moral commitments if we know how to fix the problem?  And is it okay to express our righteous indignation in a context where our commitment to a cause remains unproven?

An article in last week’s New York Times on “‘Virtue Signaling’ Isn’t the Problem. Not Believing One Another Is” explores this tension between public expressions of indignation and our perceived private commitments to those values. I could switch out my Facebook profile photo every day with a meme announcing my loyalty to any number causes I care about and some would roll their eyes and dismiss me as a knee-jerk, naive progressive. Or worse, someone who just wants everyone to think she cares—virtue signaling in a pejorative sense. In our meme posting, Facebook proclamations, yard signage and rhetorical expressions of moral outrage, have we become guilty of a kind of moral posturing that, far from being benign, invites others to greet our outrage with skepticism or to dismiss us altogether?

Such cynicism is dangerous.

By viewing the proliferation of expression of righteous indignation as gratuitous or showy, we risk downplaying the unceasing cascade of issues worthy of our indignation. Since Trump has taken office, and even prior to this, in the run-up to the election, he has gone retrograde on about every issue that’s important to me, many of which I have advocated for and worked to advance: race and gender equality, civil rights, immigration, LGTBQ rights, voter rights, funding for science and the arts, abortion, climate change, international diplomacy and on and on. Just as my capacity for love grows with every addition to my extended family, so too does my moral outrage increase with each and every injustice. My deeply held values, as a Jew, an American, and a product of my family, have blessed me with a circle of moral concern with an enormous circumference. I am compelled to champion the many causes I care about in the public sphere as sincere expressions of outrage.

But my public declaration of my values is not enough. Holding a sincere commitment does not require that I know how to solve these complex problems, but it does require that I contribute to creating an environment where achieving solutions is possible.

Taking sincere action during such trying and complicated time is not easy.  We feel overwhelmed and impotent as moral agents to affect change. We turn accusations of virtue signaling inward on ourselves and then run the risk of silencing ourselves altogether. How can I act or even speak when I don’t know how to solve the problem? Which issue do I choose to advance? What difference will my actions make anyway? We may be afraid to plant a moral flag in the ground because we feel so limited in our capacity to be change makers. And to be sure, we are limited: time, money, the hours in the day, levels of expertise and just plain energy; they are all finite resources.

But, like my daughter, we don’t need to have the solutions to express moral concern, to begin to interrogate and act on the injustice at hand. Far from being cowed or overwhelmed, those of us who care about many issues have the capacity to act on them—albeit over time. For me, this has meant shifting my primary focus from climate change, to human rights, to voter registration, to Muslim–Jewish relations. It means that my monthly donations to charity run the gamut from public radio to international human rights. It means going to rallies in DC and Brooklyn, knocking on doors in Pennsylvania and calling my elected officials every Friday morning at 9 am.

Others may choose to focus on a particular issue, working to advance justice in this area as an expression of their wider commitments. The key is to stay engaged—attend a march, vote, or give charity—and keep going. Democracy and justice are muscles that need to be strengthened not only in words but also in action, exercised rigorously and regularly if we want them to stay strong and to endure.

Keep signaling your outrage. And others should not accuse you of mounting your high horse. You are signaling not your virtue but the values for which you wish to be held accountable as you strive to act in solidarity with all who share them. And then keep striving, exercising your activism, working to keep yourself and our democracy strong and healthy. It’s only in such a thriving democracy that solutions become possible. 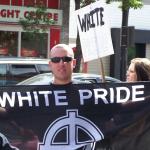 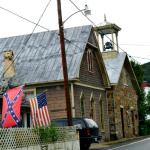 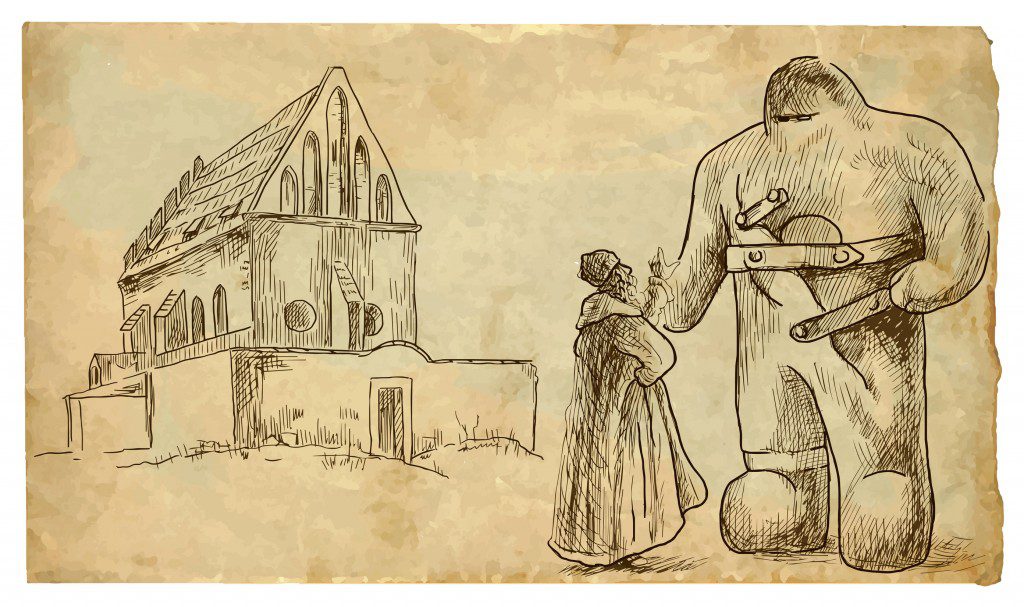