John Cage on the Purpose of Music 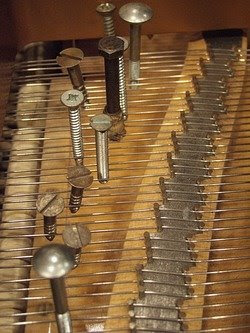 A few days ago I had the privilege of listening to a lunchtime talk with snippets of performance by my colleague Kate Boyd, who worked on and performed John Cage's Sonatas and Interludes for Prepared Piano during her recent sabbatical.

John Cage, I learned, had his thinking about the purpose of music transformed by a phrase he encountered both from a living Indian composer and from a 16th century English writer, both of whom said that the purpose of music is “to quiet the mind thus making it susceptible to divine influences.” The spirituality of music reflected in such a view is fascinating.

Many people expect this avant garde music, which involves inserting screws and other objects between the strings of the piano, to be noisy and dissonant. But the actual effect is quite different. In essence, these preparations turn the piano into a different instrument, which makes somewhat familiar sounds but also percussive ones, and gong-like ones, and bell-like ones, sounds that in many ways recall the gamelan.

Below is one of the sonatas for prepared piano, number V. You can find recordings of the full set of sonatas and interludes online. 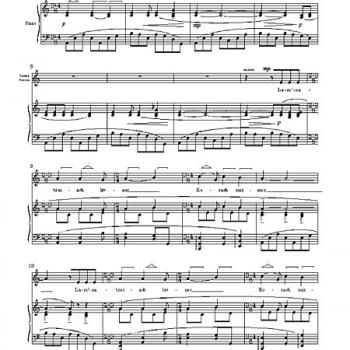