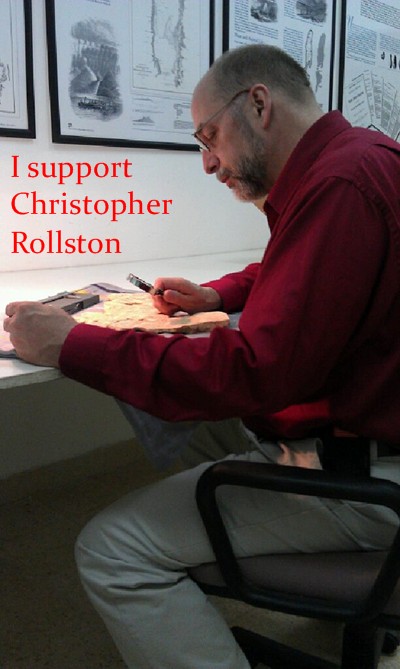 Since I last blogged about the topic of Christopher Rollston’s situation at Emmanuel Christian Seminary, a lot has appeared not only on blogs, but in Inside Higher Ed, which carried a story about what has been going on. That article suggested that the Emmanuel Christian Seminary administration was choosing to pander to a potential donor (and pursue a large donation) rather than respect the wisdom and insight of a valuable professor. Bob Cargill offers further comments on that topic, as does Jeremiah Bailey.

Matthew Worsfold wrote an open letter from a student in support of Rollston.

Steve Caruso emphasizes that, while religious institutions have the right to demand that employees hold certain views, Rollston’s case does not involve a departure on his part from his seminary’s statement of faith.

Richard Beck asks whether patriarchalists can pray the Lord’s Prayer.

Libby Anne looks at Christians who actually adopt more of the values the Bible reflects, about which Rollston spoke, and which his opponents at ECS would presumably not embrace.

See also the posts I added belatedly to my previous round-up, by Chris Heard and Chris Keith, and also the discussion under that earlier post.

UPDATE: Since I first posted this, Chris Heard has posted on this topic again, indicating that Rollston’s predicament seems to be worse than he thought; and Timothy Michael Law mentioned a book that is about the wider issue of how Christian faith relates to historical criticism.

October 16, 2012
The Bible and Economic and Social Justice: Following Ruth into Leviticus
Next Post