Christians Need to Speak Out against these sorts of Abominations!

On Facebook and elsewhere, I’ve begun to see signs of the extremism which I am convinced does not characterize everyone on that side of the political and religious spectrum, but which will need to be addressed by other conservatives who recognize it as not merely inappropriate hyperbole, but expressions of hatred, if we are to have any chance of moving forward as a society in a positive fashion.

What sorts of things am I referring to? First, there’s the comparison of president Obama to Herod on Facebook (HT Bob Cargill): 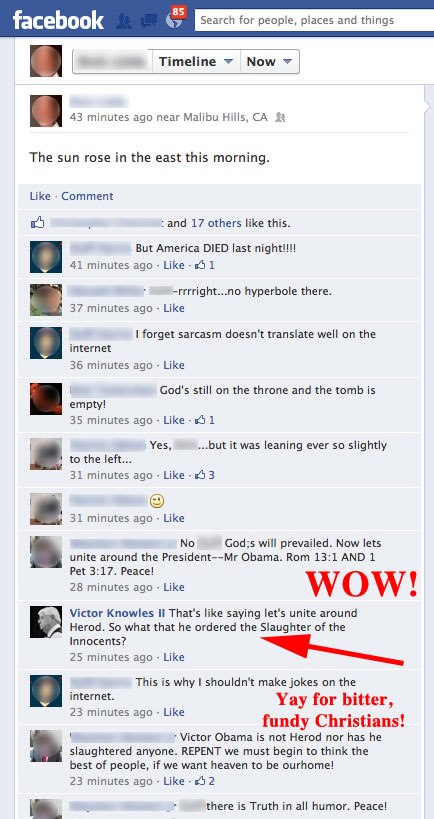 Then there’s the McDonald’s restaurant flying its flag at half mast: 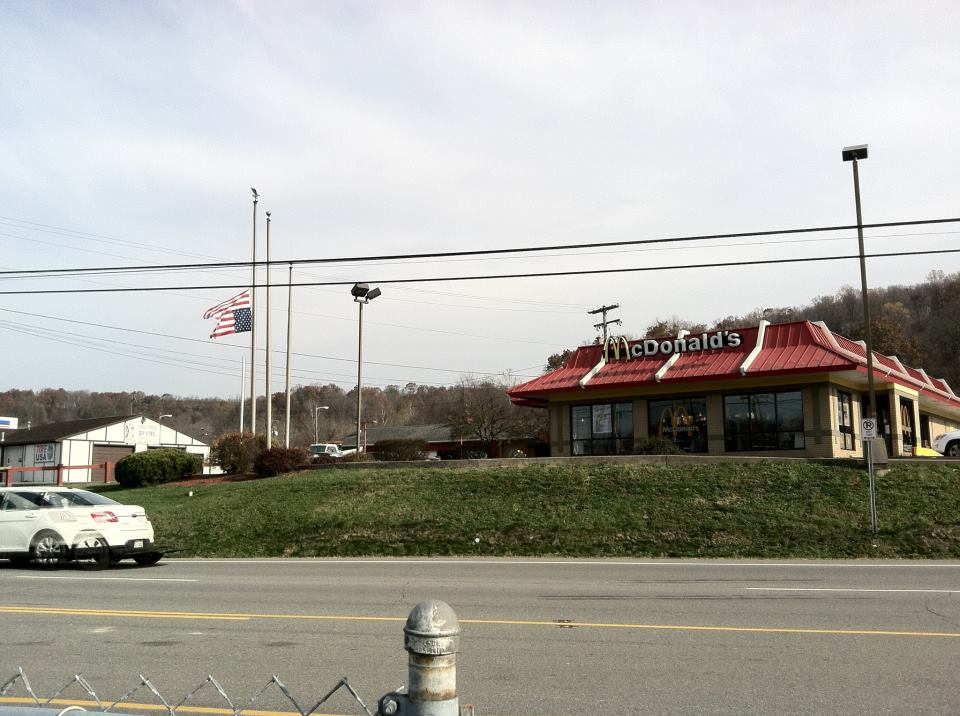 And then there’s the death threat which Joel Watts shared.

This sort of extremism shows just how badly skewed the moral compass is of some people – and here I am interested in those who claim to be Christians. If you think that the election of a president who is himself a Christian is comparable to living under Herod, or the equivalent of someone dying, or a reason to kill, then at least have the courtesy to just call yourself a “right wing extremist” without the Christian label. For some of us, words and labels actually mean something, and having this attitude is incompatible with claiming to be a follower of the one who taught us to love our enemies. And if you are a Christian on the Republican side of the political spectrum, and are as appalled as I am at the above, then please have the courage of your convictions and call your fellow conservatives on this. They are more likely to listen to you than to a liberal.
Previous Post

November 7, 2012 Giveaway: Two Copies of The Christian World of the Hobbit
Recent Comments
17 Comments | Leave a Comment
"This seems a very strange comment, one offered as though completely unaware of things I’ve ..."
James F. McGrath Elephantine, Leontopolis, and Gnosticism
"This article includes one remark warrants emphasis. "...there’s much more to be done if this ..."
Dan G Elephantine, Leontopolis, and Gnosticism
"This is genuinely fascinating, but as an inveterate nerd, I must ask -- where's the ..."
Spirit Plumber Guest Lecture and Academic Minute on ..."
"Yes, I agree. Technical arguments which supposedly prove (or disprove) the Resurrection are a waste ..."
David M Copycat Anti-Religion
Browse Our Archives
Follow Us!