Ken Ham Continues to Contradict Himself

We’ve recently heard Ken Ham denying knowledge of where the notion of humans riding dinosaurs comes from, when it was his own books. Now we have Ham denying the stance that his own representative, Terry Mortenson, articulated during a recent visit to Butler University. As Joel Watts noted, Ham’s claim that it was atheists who were denouncing the terrible quiz from Blue Ridge Christian Academy that made its way onto Reddit is either a lie, or indicates that he really considers the enormous number of Christians who disagree with him to be atheists. 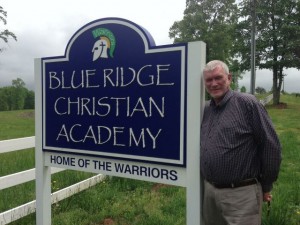 Ham and his organization have repeatedly emphasized that acceptance of a young earth is not a salvation issue. Is atheism not one either from his perspective? Or is he simply being dishonest in one of the two contradictory things he has been saying, as many of us have long suspected? Ken Ham shows his true colors when he says that it is “atheists” who find that travesty of a “science quiz” horrific. In actual fact it is Christians as well as atheists and anyone and everyone who considers truth important and science one of the ways we learn and discover truth.

So once again Ken Ham is shown to be like an unsavory politician. He is saying different things to different audiences, pandering to constituencies for his own personal gain.

The really sad thing is that Christians jump on the young-earth creationist bandwagon precisely because they think that they are supposed to avoid what the world says, and reject teachers who pander to them rather than challenging them with the truth.

And yet Ken Ham is precisely the sort of panderer that the Bible warns about, one who tickles the ears. Because some Christians simply don’t want to be different from the world by living lives of self-sacrificial giving and love for enemies. They would rather engage in self-righteous rejection of mainstream science. But you don’t have to know the Bible all that well to know that the call of Jesus is the former and not the latter.

If he wants to, Ken Ham can continue to pretend that he doesn’t think young-earth creationism is something without which one cannot be a Christian, only to let the mask slip occasionally. I, on the other hand, will come right out and say what I think. You cannot embrace Ken Ham’s false teachings and call yourself a lover of the truth. You can only be a Christian and a young-earth creationist if you believe that Christianity is compatible with deliberate deceit and distractions from the teaching of Jesus.