Hebrews: On Earth as it is in Heaven?

I’ve discussed Hebrews a lot lately, since I’ve been working through it in my Sunday school class. A comment on a recent post got me thinking once again about an aspect of Hebrews that continues to puzzle me: How the author can speak about the Son both as a celestial reality that seems to be timeless, and a human being who learns obedience and only attains his exalted status as a result of that obedience?

This is a challenge even (or perhaps especially) when one has the later creeds in view. But the extensive debates that occurred f0r the next several centuries indicate that the end results of those debates were not simply assumed and taken for granted among early Christians. And so what assumptions did this author have that made these statements intelligible?

I wonder whether perhaps the author’s Platonic background can help us make sense of this. Perhaps the author treated the earthly and human as parallel to and a shadow of a fuller celestial reality, and assumed that when Jesus was exalted to heaven, these two realities were merged.

Maybe some who have more background in Plato can chime in on whether this background could clarify the author’s viewpoint? And we might want to discuss whether the idea of a heavenly doppelgänger might be relevant in making sense of other texts from the New Testament and its context. 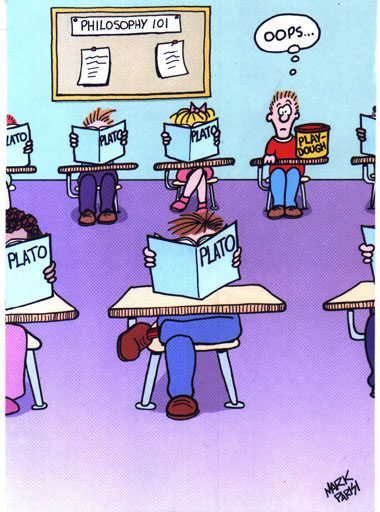 June 13, 2013
Only a Game: Religion in Science Fiction
Next Post

June 14, 2013 The Desmond Tutu Chair of Global Peace, Justice, and Reconciliation Studies
Recent Comments
13 Comments | Leave a Comment
Browse Our Archives
get the latest from
Religion Prof: The Blog of James F. McGrath
Sign up for our newsletter
POPULAR AT PATHEOS Progressive Christian
1

Does Trump See "the Handwriting on the Wall"?
Where did we get that saying, "the handwriting is on the wall"?...
view all Progressive Christian blogs
What Are Your Thoughts?leave a comment
Copyright 2008-2020, Patheos. All rights reserved.