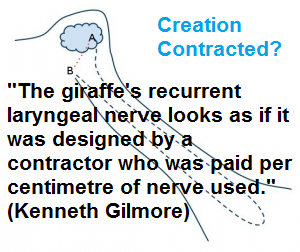 I made the image above based on a comment Kenneth Gilmore made on Facebook. In the background is a sketch of the recurrent laryngeal nerve in the giraffe. The fact that it takes such an indirect route is strong evidence that giraffes evolved from beings with shorter necks, with the laryngeal nerve lengthening along the route it already followed, rather than being designed from the ground up.

But an alternative is of course that the making of the nerve was contracted out to a company that would be paid on the basis of length.

You can hopefully see why many Christians think that Intelligent Design arguments, far from representing a defense of the Christian faith, actually result in a very dubious and problematic depiction of God. 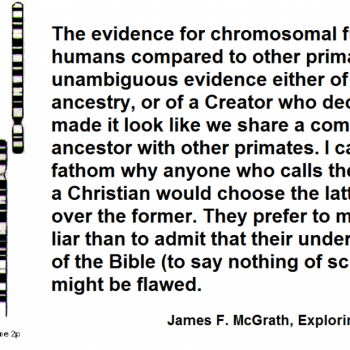