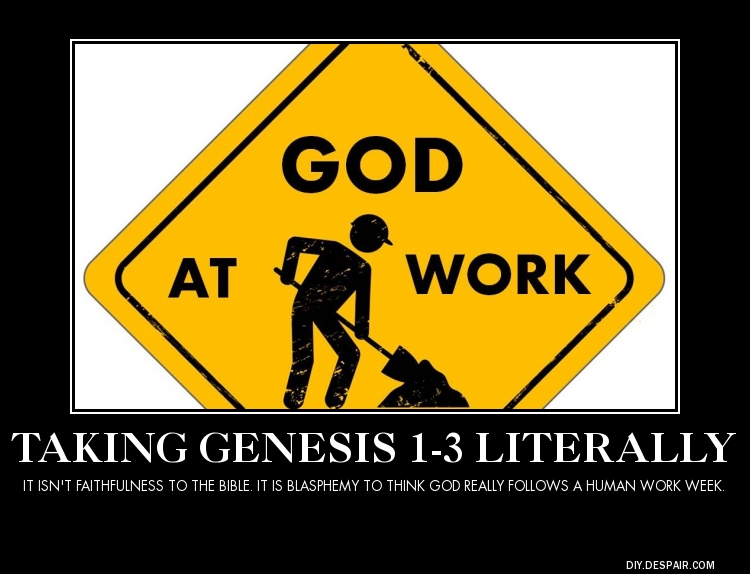 There are lots of problems with a literalistic approach to Genesis, and to the Bible in general. But the biggest is that it denies that God so transcends our human comprehension that God can only be pointed to through symbols.

The final editor of Genesis presumably understood this. He placed side by side two depictions of God creating which have different orders, chronologies, and other details. And so in addition to being a rejection of the God the Bible points to, so-called Biblical literalism also represents a stubborn refusal to pay close attention of the details of what the Bible actually says. And so it is worth pointing out yet again that those who claim to take Genesis 1-3 literally are not actually doing that.

And of course, depicting God at work in an anthropomorphic way becomes even more problematic when you bring science into the picture, as this cartoon from People in White Coats illustrates: 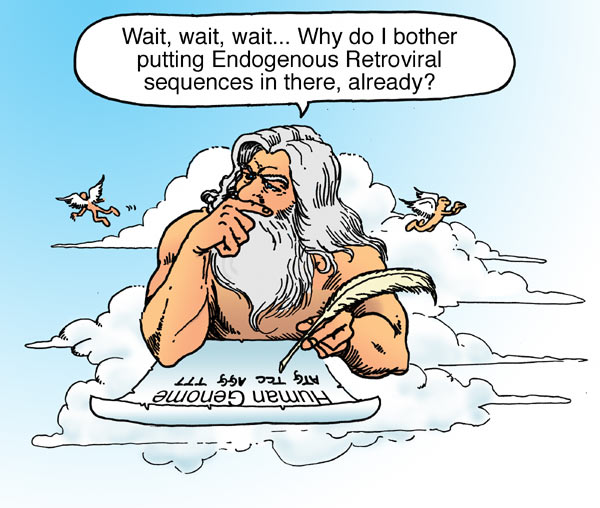 January 7, 2014
Peter Capaldi is the Twelfth Doctor
Next Post

January 8, 2014 Christopher Rollston on the James Ossuary
Recent Comments
8 Comments | Leave a Comment
"Well, now I want to write a book called QAnon in the Bible about the ..."
Phil Ledgerwood Warning Labels for Christianity?
"Are you suggesting that there hasn't been a particular widespread bigotry towards blacks among whites ..."
James F. McGrath At What Point Repentance?
"Thanks for that Conspiracy Theory article link - it articulates the argument well about the ..."
Scurra Warning Labels for Christianity?
"Self-reflection is a good thing. You should try it. "I am not surprised that a ..."
Cat At What Point Repentance?
Browse Our Archives
get the latest from
Religion Prof: The Blog of James F. McGrath
Sign up for our newsletter
POPULAR AT PATHEOS Progressive Christian
1