Mythicism, Docetism, and the James Ossuary

Hector Avalos published a news article on the historical Jesus, which illustrates the danger of trying to interpret evidence in a field outside one’s own area of specialty. Avalos wonders how anyone could have doubted that Jesus came in the flesh, as 1 John mentions, if the historicity of Jesus was well established. This misses completely the nature and rationale of docetism, a known phenomenon which most scholars think was in view in the passage in question. Far from arguing that no Jesus appeared in human history, as Earl Doherty does, the proponent of this view claimed that the Jesus who appeared in history was not a fleshly mortal being, but a divine one. What we see in these developments is the impact of the increasingly exalted status attributed to Jesus, hitting up against the deep-rooted presupposition that gods are by definition not mortal and do not die, as Jesus had.

Given that Avalos mentions the James Ossuary, I should also direct readers to an article (HT Ben Witherington) which claims that a geological reanalysis of the artifact and the patina on the inscription confirms its authenticity. I will leave it to those with expertise in the relevant modes of analysis to discuss and evaluate this. 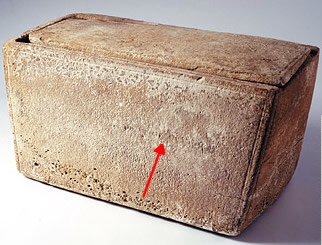 March 15, 2014 You Are Welcome Here
Recent Comments
39 Comments | Leave a Comment
"Under the old covenant (ten commandments), people were (and still are) racists and sexists. For ..."
Herrnhut Was Jesus a Racist?
"Reconciliation is a two-way street, restoring a broken relationship between two people. God does indeed ..."
Iain Lovejoy Forgive Us Our Debts, Not Repay ..."
"Excellent. God is not, and does not want to be, an accountant; keeping a ledger ..."
Harvey James Johnson Forgive Us Our Debts, Not Repay ..."
"Don't confuse forgiveness with reconciliation. Jesus tells us to forgive people who sin against us, ..."
Derek Thompson Forgive Us Our Debts, Not Repay ..."
Browse Our Archives
get the latest updates from
Religion Prof: The Blog of James F. McGrath
and the Patheos
Progressive Christian
Channel
POPULAR AT PATHEOS Progressive Christian
1