Roger Wolsey shared some thoughts about Jesus as yogi. His starting point, unsurprisingly, was the Gospel of John, ch.17, where Jesus is depicted as praying, and even after acknowledging the distinction between the only true God and himself as the one God sent, he then goes on to blur the two in mystical interrelatedness, so that he and God are one, and so too his disciples.

I’ve mentioned before that the idea of Jesus as mystic – as one who, like prophets and other such figures before him did at times, sought to lose himself in God, so that God’s own voice could be heard through him – is one of the underexplored approaches to the Gospel of John.  There have been studies on this, but they have been relatively few and far between.

On Christology elsewhere in the blogosphere, see also Daniel Kirk’s review series on the Evangelical response to Ehrman, and Dustin Martyr’s ongoing review of Ehrman’s book, as well as Nijay Gupta’s review series. Daniel Kirk’s post about being a son of God is also worth reading. See too Jim Burklo’s post that ranges from Bob Marley to Rumi to mystical intoxication with the divine, and Rachel Marszalek on the connection between Trinitarianism, subordinationism, and complementarianism. And if you haven’t seen it yet, here is but one of many recent interviews with Bart Ehrman about his recent book on Christology (this one on NPR’s Fresh Air):

And finally, as seems appropriate given the title (which riffed on Roger’s riff on the Beatles song), here is John Lennon’s follow-up to “I Am The Walrus,” his solo song “God” (which is basically the antithesis of the message of the Johannine Jesus!): 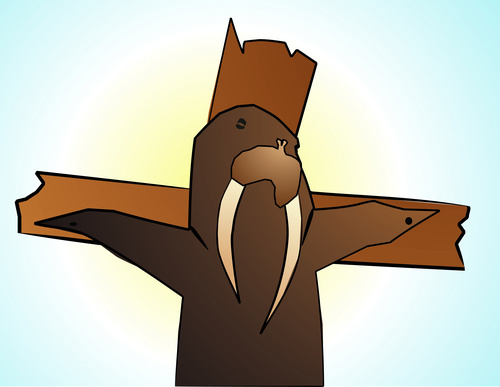