When people ask why you make fun of young-earth creationists, there is no better place to point them to than the article on the Answers in Genesis website about Mars. It concludes:

Even casual readers of the Bible may have noticed that there is no reference in Genesis to human sinfulness (or Martian sinfulness, for that matter) leading God to flood Mars. Indeed, the planet Mars is not explicitly mentioned in the Bible. Moreover, the assertion that Mars experienced the same sort of flood as they claim happened on Earth, at the same time, seems to undermine the Bible’s claim that this was a judgment unleashed on Earth to punish human beings (and the world’s animals, just because God was that angry). Global floods apparently just happened in a particular period, regardless of what planet one happened to be on, or indeed whether anyone was on it at all.

Young-earth creationists dig themselves into deeper and deeper theological holes, because they refuse to reconcile themselves to what the scientific data clearly indicates. And they may end up having to make up stories about the sinfulness of Martian civilizations, in order to continue to crowbar their understanding of the Bible together with their bogus claims about the natural world. All the while, they will continue to claim to be the defenders of the Bible, and of “true science.” They are liars and charlatans.

If you are gullible enough to accept this sort of nonsense from Answers in Genesis, then you will probably also believe what the Weekly World Inquisitor says that NASA found on Mars. And this bit of satire about the discovery of a 6,000 year old galaxy, using a creationist telescope and special creationist math. And the apparently serious suggestion that Noah’s ark was a spacecraft that brought life from Mars to Earth for a fresh start.

But you’d be better off reading Scientific American…and go here for some very recent photos taken by the Mars rover Curiosity. 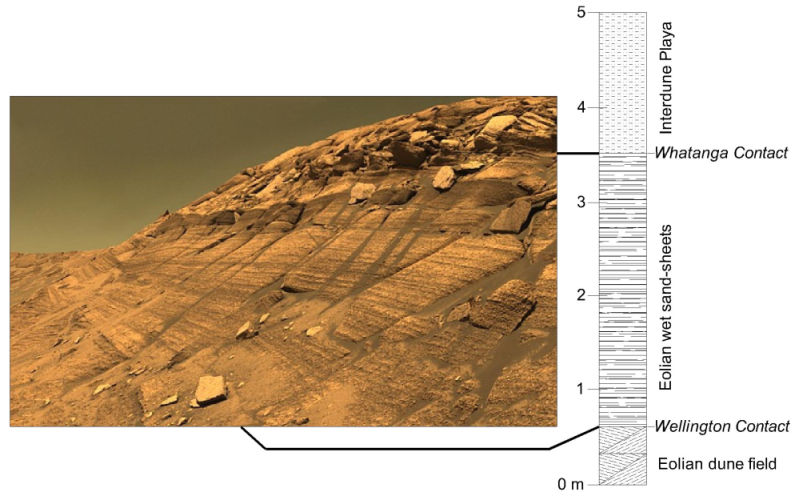 June 3, 2014
Doctor Who: The Monster of Peladon
Next Post

Prove It
When Donald Trump makes his claims about voting fraud and the election...
view all Progressive Christian blogs
What Are Your Thoughts?leave a comment
Copyright 2008-2020, Patheos. All rights reserved.