An online post has suggested that Monster Energy Drink – with its slogan “Unleash the Beast” – has some connection to the mark of the beast in the Book of Revelation. They point out that the “M” made of slashed claw marks that is their logo looks like three of the Hebrew letter vav, which has the numerical value of “six.” It seems to be lost on them that the number of the beast in the Book of Revelation is not “six, six, six” but six hundred and sixty-six. 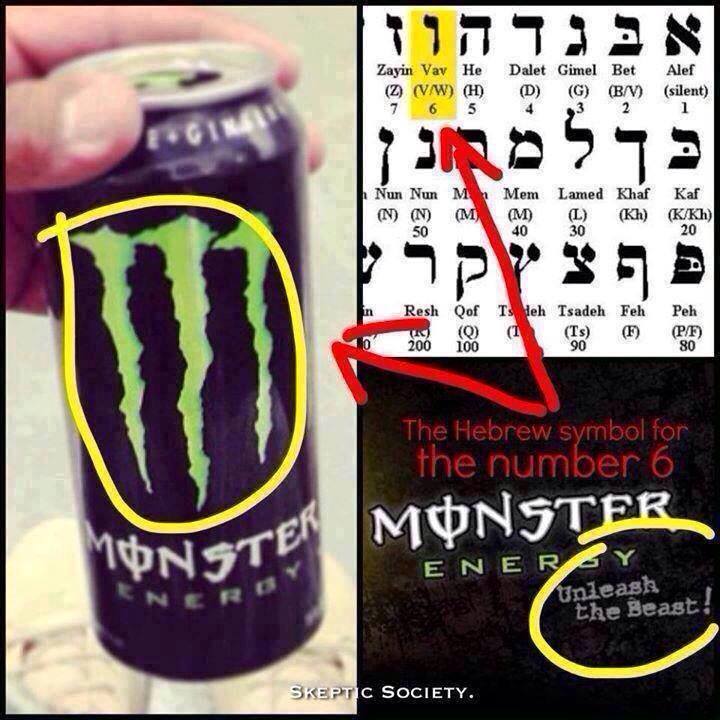 June 16, 2014 The Third Law of Mainline Protestantism
Recent Comments
7 Comments | Leave a Comment
Browse Our Archives
get the latest from
Religion Prof: The Blog of James F. McGrath
Sign up for our newsletter
Books by This Author Books by James F. McGrath