Let me first say that I thought today I might be letting readers know that my blogging over the summer might be more sporadic than usual. I haven’t always managed to blog once a day every day lately, but the interludes in that pattern have been rare and brief. But something came to my attention that led to me deciding that today I must say something, that I cannot be silent. I might be from tomorrow, not for the whole summer, but more often than readers of this blog may expect based on past patterns of writing activity.

Next let me turn to the topic that persuaded me that I have to say something. When I first saw that Marjorie Taylor Greene had compared being forced to wear masks to the forcing of Jews to wear yellow stars on armbands, I shared the news that informed me of this and asked how evil someone has to be to think that being compelled to do something to save lives is comparable to something that was done as part of taking lives in one of the most horrifying attempts at genocide in human history.

But rather than repent as any decent human being ought to have, Greene doubled down. Below is they key tweet of hers that brought home to me that her evil twisted stance is based in a religious viewpoint with the same characteristics, namely that variety of Christianity that has taken select snippets of the Book of Revelation out of their historical and literary context and turned them into a mundane description of political events that will involve the United States, because of course we are so self-centered that we cannot tolerate the notion that the last book in the New Testament isn’t about us in some way. Here’s what Greene tweeted.

Pretty soon it will be..

“We only hire vaccinated people, show your vax papers.”

“We only admit vaccinated students, show your vax papers.”

“These bathrooms are only for vaccinated people, show your vax papers.”

Then..
…scan your bar code or swipe your chip on your arm.

In other words, the reason why Greene holds the views she does, or at least something that allows her to justify them, is the false teaching that the Book of Revelation predicts a time when people will be barcoded and/or microchipped in connection with the rise to power of a dictator who represents everything that they stand against in the “culture wars,” because Jesus supposedly opposes equal rights for people whose religion or sexual orientation is at odds with their allegiance. If you didn’t know that that isn’t in the Book of Revelation, you might want to read something about that subject that reflects biblical scholarship, rather than things like the Left Behind books. The attempt to connect the “mark of the Beast” with the vaccine (or bar codes or microchip implants) is not based on anything the Book of Revelation genuinely says, or could have been understood to mean by its recipients, who were told to calculate the number and make sense of the message that was sent to them.

Reading the newspaper (online nowadays) with the Bible alongside it because of a conviction that current events must be prophesied in it distorts both in ways that can be and have been made to serve an ideology that is opposed to both Christian values and core American values. And unless we address the religious element, adherents of this view will simply dismiss opposition as the work of antichrist, when in fact it may be a biblically-informed attempt to save them from a diabolical deception.

It is good to see Republicans like Kevin McCarthy and Mitch McConnell (to say nothing of Adam Kinzinger) condemn Greene in the sharpest terms. But that isn’t enough. The political situation in the United States, like the efforts of universities and other organizations to navigate a balance between freedom of expression and promoting inclusivity to support and lift up the historically and currently marginalized, shows that there is a complexity to democracy that we rarely grapple with and prefer to ignore when we can (and when we no longer can, we are often forced to make a quick decision that may not be the wisest nor reflect our core values and commitments). Germany, which carried out the Holocaust, has a ban on the Nazi party and its symbols. While there are often difficult decisions that have to be made about neo-Nazi groups, there is still a line in the sand. Such lines often seem arbitrary, but that doesn’t mean that we can do without them. And Germany is a democratic country – arguably more so precisely because those who espouse an ideology of nationalism that would exterminate others are opposed to giving everyone in a society a voice and a place, even though nationalist candidates can get elected and come to power through democratic means. If we do not limit what can be achieved through a vote or majority rule, we can lose that which makes democracy meaningful and laudable.

This is already enshrined in some aspects of American law. The fact that speech that the majority finds offensive is protected by the first amendment to the U. S. Constitution is an example. The fact that religious expression by minorities is safeguarded is another. It would not be radically different if those who espouse ideologies that promote sameness and threaten the rights of minorities who are different from an ethnicity and/ore religion that is dominant were excluded from office. Their presence in government is incompatible with and at odds with the first amendment and a wider array of core principles in the United States, even though in the South and many other places their views may have predominated historically. It is also at odds with basic decency, but that is something that one can never depend on, as it is something that has to be taught and instilled, and in many places it simply is not.

It isn’t clear what the best approach might be to the presence in our governing bodies of political representatives who spew hate and misrepresent history. It is not as though it is something new. That it happens may be inevitable, but that it is nothing new and currently seems so popular in some circles should horrify us and lead us to take stances diametrically opposed to these promoters of evil.

Let me also note the irony that apparently you are a RINO (“Republican in name only”) if you don’t align with Trump, and yet the most avid Trump supporters see no possible resemblance between the expulsion of Liz Cheyney and others who refuse to bow at this altar, and a mark without which one cannot do business. QAnonsense (as I like to call it) seems to have become the false prophecy that is spouted in support of the Beast by his adoring admirers. Go on record that you find it abhorrent, not to mention false, and you’ll likely be pushed out of the GOP–ironically, by people who will say that they cannot let you remain among them because you represent a thing they call “cancel culture.”

What are your thoughts on the representatives of personal and ideological evil who are currently found in the halls of government in the United States? How can it be opposed through means that don’t lead to the supporters of democracy and/or Christianity coming to resemble that which they started out working to oppose?

Richard Beck: On Nihilism and Bleaching the World of Meaning and Value

“Republicans in the Pennsylvania House of Representatives on Monday voted to keep the word “homosexuality” included in the state’s public indecency and obscenity laws, angering top-ranking Democrats including those who introduced legislation to remove the classification from the books.” 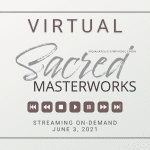 May 25, 2021
Virtual Sacred Masterworks, Jesus Rocks, Build Yourself An Ark, and Other Biblical Music
Next Post